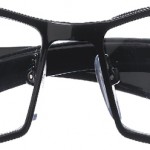 Annual health checks for people with learning disabilities were introduced as part of the introduction of a Direct Enhanced Service in England in 2008. Although researchers have found that despite such a clear policy framework, in 2009/2010 only 41% of people who were eligible for a health check received one. Reviews of the literature have concluded though that such health checks are effective in identifying previously unrecognised health needs, including life-threatening conditions.

The authors of this wanted to analyse the findings from audits conducted on annual health checks in one geographical area looking specifically at eye care. They set out to understand the reasons why people with learning disabilities were not accessing optometrist services and having understood this, to develop ways to change the way services are delivered to make them more accessible. They hoped to see as a result, increasing access and uptake of eye tests.

What they did was use the Plan, Do and Review model to investigate why people with learning disabilities were not accessing opticians, test out the evidence and use of the findings to make recommendations

Firstly, they spoke with many people with learning disabilities in the locality, through service user and advocacy groups to ask about eye tests.

Many people told them they did not need eye tests as they did not read. When they spoke to carers, they got a similar response. In addition some carers felt that the person they supported would not wear any glasses prescribed, so it would be a waste of time to get tested.

They then engaged optometrists in the area to set up a service offering extended appointments with amended resources to conduct eye tests for
people with learning disabilities for a one year pilot study. Optometrists to be involved were invited to a training programme offered by SeeAbility delivered in a three-hour evening session.

The training looked at the importance and relevance of eye tests to health, the effects of deteriorating vision on behaviour and guidance on how eye health checks could detect infections or sight threatening conditions.

SeeAbility also delivered a workshop for people with learning disabilities about eye care which also offered information about alternative methods for testing sight such as pictures and objects.

Three optometrists took part in the pilot known as the ‘Eye Know’ project which the researchers advertised locally through easy read information leaflets and coverage in the local press.

What they found from the initial analysis of the data from the project suggests that:

Although these are initial findings they are all extremely positive. Access has increased and treatments have been prescribed.  The authors point out that the common theme in the study was lack of knowledge and awareness of the purpose of eye tests, and the consequent need to amend
service delivery in terms of method of eye test delivery and length of appointment.

They conclude that the pilot shows there is potential for influencing the development and enhancement of eye care for people with learning disabilities, enabling the accumulation of need from annual health checks to shape the eye care, leading to better outcomes

they conclude that the pilot study outcome “presents exciting opportunities for the future delivery of eye care for people with learning disabilities and paves the way that eye care ought to be commissioned.”