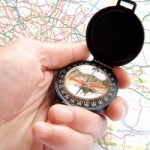 Following the signing of the concordat on Winterbourne View, there was a commitment to producing a report on progress against the agreements made by the  signatories of that document .

This report was published earlier this month and reports the findings from a questionnaire administered to all the 152 health and well-being board areas.

The concordat identified that there was a need to bring back people who were described as having challenging behaviour, who were living in ‘Winterbourne View style hospitals’

The analysis of findings suggests that all localities are engaging and working on the Concordat commitments and that there is evidence of leadership supporting change. They found that although there was evidence of service user and family carer engagement, it was not always consistent within areas and not happening in all areas.

There was some evidence of integrated and joint working in assessment, commissioning and service development, but again this was not found consistently across all areas

Interestingly, the report suggests that working with the newly formed Clinical Commissioning Groups is one of the factors that has added fresh impetus to the work in some localities

In addition there were some concerns raised, for example:

In line with the thinking established many years ago in the Mansell reports, there was a continuing need to invest in skills and infrastructure for behaviour support and local community based accommodation options

One key issue uncovered by the stocktake was a continuing concern about the lack of a clear joint commissioning approach between the NHS CCGs and local authorities.

As a large number of the people placed in such services are typically funded by NHS commissioners, moving back to local services would mean costs for support other than healthcare needs being met by local authorities. The original Department of Health review was clear that local authorities should not be financially disadvantaged by the return of people to their localities, calling for the NHS to come to local agreements about transfer of funds or pooled funding arrangements.

In line with the approach recently announced by CQC, the Joint Improvement Programme will also carry out what are described as “deep dive” assessments of progress, which may identify good practice to share as well as uncover areas of concern.

The stocktake also uncovered more than 340 examples of good practice which will be analysed with the Social Care Institute for Excellence (SCIE) and NHS England in order to ensure that this learning is fully shared..

Last reply was October 30, 2013
Try out our members features!