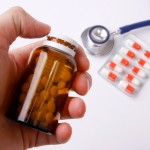 Many people with intellectual disability are prescribed psychotropic medications. However, concerns have been expressed about the over- or improper use of such medications, particularly for the management of behaviours without diagnosis of psychiatric disorders.

In particular, six concerns have been raised:

In response to these concerns, in the UK national (which have been adapted into international) guides on use of management of problem behaviours in people with intellectual disability provide advice to clinicians about medication (Deb et al., 2009; Unwin and Deb, 2010). However, gaps in understanding how medications are currently used remain significant.

In this paper, the authors of the UK guides examine the trajectory of use of psychotropic medications and their relationships with different variables.

They undertook this work to fill a knowledge gap, since to date, no other study has reported this information, despite widespread use of these medications among people with intellectual disability. Researchers looked at the use of psychotropic medications over time

Aggressive behaviours included physical aggression to others or property, verbal aggression or self-injurious behaviour, as measured by various scales that validated scales such as the Aberrant Behaviour Checklist and the Modified Overt Aggression Scale. Psychotropic medication use and dose were recorded from case notes.

Based on the data collected the authors performed analyses to describe psychotropic medication use, and to explore the relationship between dose, demographic factors and aggression scores.

At baseline, 89% of participants used psychotropic medications; after six months, this figure rose to 90%. The most commonly used antipsychotics (in order of use) were risperidone, chlorpromazine, haloperidol, olanzapine, zuclopenthixol, and quetiapine.

Over four in ten participants received more than one psychotropics at baseline (45%) and follow-up (41%). 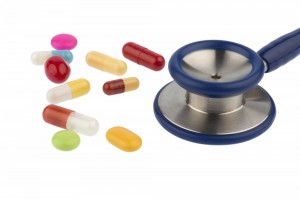 The authors report that their study shows:

The authors note that, at times, two antipsychotics may be prescribed simultaneously when the psychiatrist is in the process of switching medications from one to another.

The authors recruited participants who were visiting a clinic, instead of from a population-based sample. This may have led to over-estimates of medication use. Also limiting our ability to generalise results was that the participants were recruited from 10 clinics in the UK, rather than using a national sample.

Given the diversity of health care and disability systems internationally, caution should be exercised when applying these findings to other jurisdictions.

Also, related to participants, at baseline, 100 participants were included in the study, but after six months, 23 were lost to follow-up. The authors note several reasons for this attrition, most of which related to changes in carer availability, and confirm that loss to follow-up was not affected by improvements in aggression. However, the loss of participants may have influenced the results if those participants shared other demographics.

Given public health concerns about over- or improper prescribing practices, it’s important for us to gain a better understanding of how medication is currently used.

According to this paper, use of psychotropic medications is common among adults with intellectual disability who attend psychiatric clinics for aggressive behaviour.

It could be useful for experts to perform audits on whether this use is appropriate or whether aggressive behaviours would be more appropriately managed without medication. 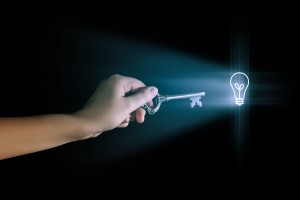 Might aggressive behaviours be more appropriately managed without medication?

Deb, S., Unwin, G., Deb, T. (2014) Characteristics and the trajectory of psychotropic medication use in general and antipsychotics in particular among adults with an intellectual disability who exhibit aggressive behaviour. Journal of Intellectual Disability Research. 59(1): 11-25 [abstract]

Unwin G. L. & Deb S. (2010) The use of medication to manage problem behaviours in adults with a learning disability: a national guideline. Advances in Mental Health and Intellectual Disabilities 4, 4–11.