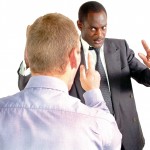 We have posted previously of the role of attributions in the way support staff respond to challenging behaviour, with studies looking at inconsistencies in responses and the impact of specific attributions on helping behaviour

The researchers in this Scottish based study were interested in exploring this further, and in particular looking at the extent to which the knowledge and attributions of support staff might predict their reported helping behaviour. They wanted to look at whether emotion regulation style might be one of the things that moderated the relationship between attributions and helping behaviour.

What they found was that knowledge and helpful attributions were significantly correlated with reported helping behaviour. They also carried out a regression analysis, a statistical technique used to examine the relationships between variables. What they found here was that it was only knowledge which significantly contributed to the variance. They found no moderating effect for the emotion regulation styles on the relationship between attributions and reported helping behaviour.

The authors conclude that knowledge was the only predictor of positive staff approaches in managing challenging behaviour. They suggest that their findings support the notion of staff training aimed at increasing knowledge, rather than changing attributions as a way of improving supports to people with learning disabilities.
Staff responses to behaviour that challenges: The role of knowledge, attributions, and emotion regulation style, Wishart J et al., in Journal of Intellectual and Developmental Disability, 38, 3, 205-214