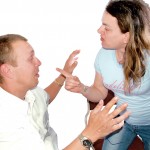 Earlier this week we have looked at the reports into the Winterbourne View scandal, which identified some appalling practice by staff at the home.

Today, we are looking at some research that focuses on the potential for injury of staff who are involved in physical interventions.

Physical interventions are defined as responses to challenging behaviour involving some degree of direct physical force to limit or restrict movement or mobility. They are still widely used in services that support people with learning disabilities and challenging behaviour (see posting June 19). We have posted before about the impact of their use on people with disabilitles, but the researchers in this study were interested to explore the impact on staff, and in particular on staff injury.

The researchers were looking in particular at staff injuries that occurred in a forensic learning disability hospital that arose directly from incidents that involved physical intervention with service users.

To look at this, they went through patient records for a period of nine months, to identify and review all incidents in which staff reported injuries.

They found that the Injury rates for staff were consistently higher than those for service users over the period. The reports showed that most staff injuries were happening as a result of an assault on staff by the service user.

However, they found that a very small number (4.8%) of staff injuries were reported as serious. Where there were serious injuries reported, they occurred as a result of staff being kicked by service users.

They suggest that their findings highlight points at which staff injuries may occur during physical interventions and that that this information could be used to support the development of training aimed at reducing the rate and seriousness of staff injury.

Staff injury arising from the use of physical intervention, Johnson P, in Journal of Learning Disabilities and Offending Behaviour, 3 ,1, 35–43