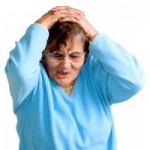 An examination of the quality of life and changes in behaviour for a cohort of 49 people with intellectual disabilities and self injurious behaviour (SIB) over time.  84% of the sample continued to self-injure nearly 20 years on, and whilst a number of people had moved from hospital in the period their SIB had not reduced.

More people were receiving psychological treatment, more were also receiving anticonvulsant and antipsychotic medications. The authors conclude that their findings add to the growing evidence of extreme chronicity for SIB and the relative lack of impact of treatment. They suggest the evidence implies the need for early intervention if SIB is to be eliminated long term.

The Chronicity of Self-Injurious Behaviour: A Long-Term Follow-Up of a Total Population Study, Taylor, L. et al, in Journal of Applied Research in Intellectual Disabilities, 24: 105–117.

Last reply was February 22, 2012
Try out our members features!