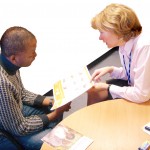 Anti-psychotic medications comprise between 30–50% of all psychotropics prescribed for people with learning disabilities. One of the potential side effects is metabolic syndrome (a group of risk factors that occur together and increase the risk for coronary artery disease, stroke and type 2 diabetes in people with learning disabilities who have been prescribed antipsychotic medication.)

A previous audit of monitoring of people with learning disability being treated with antipsychotic medication found that this was inconsistent at best.

The researchers in this study used a prospective audit methodology which allows for accurate real-time collection of data to look at current, rather than historical practice. The authors developed a set of guidelines for psychiatrists to monitor the onset of metabolic syndrome and used the audit process to look at compliance with these guidelines.

The development of the guidelines was done in consultation with the psychiatrists, to develop a set of acceptable standards against which their practice could be audited. Phase one of the study was a questionnaire to ask about practice phase two was the collection of real time data from clinical notes.

What they found was that the self-reported levels of baseline recording (77% of psychiatrists reported some baseline recording) was not borne out in the second phase of the audit, where the figures were significantly lower:

In Phase 1, 85% of the psychiatrists reported that they carried out some recommended monitoring, but the audit of records found that

The authors point out that these figures are disappointing, given that the results are measured against the psychiatrists’ own minimum acceptable standards. They suggest a number measures to reduce the metabolic risk associated with antipsychotic medication, including:

Monitoring metabolic side effects of atypical antipsychotics in people with an intellectual disability, Teeluckdharry S et al., in Journal of Intellectual Disabilities, 17, 3, 223-235

Last reply was October 28, 2013
Try out our members features!