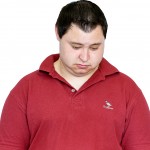 Last year, the BBC  screened its secret filming at the Winterbourne view home in Bristol which showed shocking scenes of abuse. The subsequent inquiry led to arrests and convictions, but there were concerns that this was not an isolated incident. The care services minister stated his determination to strengthen safeguards and the Care Standards Commission talked about unforgivable errors of judgement made in not investigating earlier claims that abuse was taking place at the home.

One of the outcomes was that the CQC launched what it described as a “root-and -branch review” of specialist learning disability services supporting people described as having challenging behaviour.

The results have been publisehd as a series of single service reports, but this week, CQC have published their national overview report, which analyses data from 145 of the 150 services that were reviewed. (Five were part of a pilot and so their data have not been included)

The services reviewed included those provided by the NHS (n=71), private care providers (n=47) and by social care services (n=32). All the inspections were unannounced and looked at just two of the essential standards – care and welfare and safeguarding.

The inspection teams, which included CQC’s ‘experts by experience‘, pointed out that many of the failings they encountered were due to support and care being provided that was routinised and not ‘centred’ on the individual or tailored to their needs.

They also reported that many assessment and treatment services were keeping people for long periods with tardy discharge arrangements.

A major concern raised by the inspection team was the use of restraint in these services. It was found that in some services, restraint was not recorded and monitored appropriately and that there were no reviews of  lessons learnt about incidents where restraint had been used.

As you know, we have posted previously about the lack of knowledge of the mental capacity act and deprivation of liberty safeguards, and the inspection team here also found services where there was a lack of clarity about these issues and where there were no systems in place to train and support staff.

The teams also identified safeguarding concerns in 27  service locations, which needed to be referred to the local authority. (These will be monitored by ongoing CQC processes)

Inspectors are providing ongoing support to help services that fell short of the standards to develop and implement action plans for change, but Dame Jo Williams, the chair of CQC summed up the findings as showing that services for people with learning disabilities

still need to improve and that this requires a whole system response and approach from the policy makers, the providers, the commissioners and the regulators” to ensure that services are “provided with care in community settings close to their homes and that they are only admitted to assessment and treatment services when clinically appropriate.