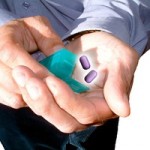 This long-term follow-up study set out to better characterise the features and correlates of epilepsy in individuals with autism. The authors point out that few long term follow up studies have been reported.

151 individuals with a diagnosis of autism in childhood were followed up at 21+ years of age. They were screened for history of possible seizures by parental/informant questionnaire. In addition an epilepsy interview was carried out and medical notes were reviewed for those with a history of possible seizures. Features and correlates of epilepsy were examined using survival and regression analysis.

The study found that epilepsy developed in 22% (31) of participants with seizures beginning after the age of ten for the majority. 88% reported generalised tonic–clonic seizures. Seizures occurred weekly for over half of these and the majority were controlled with one to two anticonvulsants.

The study found epilepsy to be associated with gender (female), intellectual disability and poorer verbal abilities. Familial liability to autism was associated with the risk for epilepsy in the first person investigated in that family with epilepsy.

The authors conclude that epilepsy, an important medical complication develops in individuals with autism with seizures often beginning in adolescence or adulthood. Risk factors for epilepsy in autism were identified although the authors urge further investigation of these in future studies.