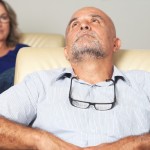 It is not clear exactly what the prevalence of autism is amongst the population of adults with learning disabilities. Estimates vary amongst published studies and a recent review carried out by the team at Improving Health and Lives  looked at a range of studies that attempted to estimate the prevalence of autism among community-based or total population samples of adults with learning disabilities.

Although exact prevalence may be difficult to pin down, published studies have consistently shown higher rates than found in general adult population and the IHAL review used two estimates – the first of 20% (close to the median rate across studies) and an second 30% (which was the higher rate reported by studies)

Existing NICE guidance for autism in adults identifies a range of psycho-social interventions. Whilst not replacing the existing guidance, NICE run a programme of Evidence Updates, and last month saw the publication of a new Evidence Update on Autism in Adults.

The Evidence updates are managed by an expert advisory group who carried out a systematic search from 9 September 2011 to 27 November 2013.

After removing duplications and other sifting, they critically appraised 10 items. The group then identified any changes in the evidence base. Any decisions about changes to existing guidance will be informed by the evidence update process.

They also looked at two studies relating to epilepsy and mortality in adults with autism which, despite limitations in methodologies suggested an increased mortality risk for adults with autism, which may be related to the presence of intellectual disability and co-morbid medical conditions (particularly epilepsy).

The Estimated Prevalence of Autism among Adults with Learning Disabilities in England, Emerson E & Baines S, Improving Health and Lives