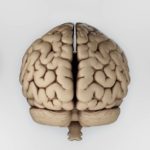 Some brain and learning projects have disguised the truth about brain science.

You will be delighted to hear that improving your cognitive ability has never been simpler! You can carry out some easy, but highly effective, exercises to activate your brain, improve communication between right and left brain hemispheres, as well as increasing oxygenation, electrical activity and blood supply to your brain. Firstly, locate your ‘brain buttons’, the soft tissue just under the collarbone, and massage them deeply with one hand, whilst holding your navel with your other hand. Feeling wiser yet? No? Have I gone completely insane? You may think so, but this is exactly the sort of pseudoscientific claptrap that children across 87 countries have been subjected to in recent years, through the program of Brain Gym.

Brain Gym bases its principles on some scientific theories but much on pseudoscientific nonsense and claims to create “dramatic improvements in areas such as:

Hmmm….  This would actually be quite funny if it weren’t for the fact that so many teachers have fallen for the quackery, and many schools have taken Brain Gym practices to their hearts, at an unthinkable cost! Nobody could deny the benefits of taking a break, standing up and moving about a bit. However, to claim that the set of 26 movements can “rewire neural pathways”, “increase blood flow to the frontal lobes”, “clear blockages” and “enable students to access those parts of the brain previously inaccessible” is somewhat comparable to a fairy tale. But, you knew that, didn’t you? In 2002, the Organisation for Economic Co-operation and Development (OECD) highlighted the discrepancies between the worlds of neuroscience and education through the Brain and Learning Project. They raised concerns about the rapid proliferation of “neuromyths”. They define these as “a misconception generated by a misunderstanding, a misreading, or a misquoting of facts scientifically established (by brain research) to make a case for use of brain research in education and other contexts” (OECD, 2002).

Sanne Dekker and colleagues have recently published an observational study that investigated the prevalence of neuromyths in primary and secondary school teachers in the UK and Netherlands.

A random selection of schools were chosen from the UK (Dorset region) and the Netherlands (outskirts of Amsterdam). A total of 242 participants were surveyed, of whom:

Schools were told that they were taking part in a research project about how teachers think about the brain and learning, but were not told that the study was looking at neuromyths. Teachers who were interested in the topic then completed an online survey.

The online survey (survey questions have been reproduced in my quiz blog) consisted of 32 statements about the brain and its influence on learning. It comprised 15 neuromyth statements, as defined by the OECD (2002) and Howard-Jones et al. (2009).

Participants were also asked to answer questions about their: Results show that teachers are confused, with half of the neuromyths being believed. Some of the statements from the survey are particularly ambiguous in their wording. Statements should have been more specifically worded, as anyone with an expertise in neuroscience could argue for and against some points. More care should have been taken to ensure that there was greater consensus from neuroscientists with regard to statement wording.

These findings suggest that teachers who are enthusiastic about the possible application of neuroscience findings in the classroom find it difficult to distinguish pseudoscience from scientific facts. Possessing greater general knowledge about the brain does not appear to protect teachers from believing in neuromyths. This demonstrates the need for enhanced interdisciplinary communication to reduce such misunderstandings in the future and establish a successful collaboration between neuroscience and education.

On a personal note, I remember fondly the days of working in neuroscience research. We had the excitement every day of learning new things about the brain, but it was an insular world, where scientists sat with other scientists, each carrying out their individual experiments. Then, when we had compiled enough data to be meaningful, what did we do? We wrote science papers, in a language that only other neuroscientists could really understand. And, we would go out to communicate our findings at conferences, to none other than, scientists. At no point do I ever recall anyone seeing the need to make their writing readable by lay people, or indeed communicate to anyone outside of ‘the club’.

One message that was loud and clear when I became a teacher, is that teachers want to be informed, but in many incidences they have well and truly had the wool pulled over their eyes. Those teachers that are keen to implement principles from brain and learning research may have the right attitude, but they do not have the neuroscience expertise to enable them to distinguish fact from fiction. Ironically, according to this paper, the more interested teachers are in brain research, the more susceptible they are to believing neuromyths. This is frustrating for any teacher that is doing their best to keep ahead of the game.

In the future, neuroscientists and teachers should take opportunities to work more closely. Teachers who want to keep abreast of current science topics that are written in an accessible format could benefit from reading the quality science blogs from the Guardian and SciLogs (links below). Furthermore, neuroscientists could inform the world of education and help highlight bogus companies trying to make a fast buck. We elves enjoyed every minute of watching Jeremy Paxman on Newsnight showing Brain Gym for what it really is. Watch the 2-part video below and prepare to cringe!

Organisation for Economic Co-operation and Development (2002). Understanding the Brain: Towards a New Learning Science. Paris: OECD.