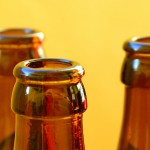 This study is concerned with the relationship between alcohol and offences by people with learning disabilities. The approach the researchers took was to review the case notes of all the people referred to forensic learning disability services (community based and secure services) in four areas of the UK. They looked at the case notes of 477 people who were supported by 27 services in the four areas.

The participants had been referred to the following categories:

The majority of recorded index offences/behaviours related to physical and/or verbal aggression. Other behaviours/offences related to contact and noncontact sexual offences, cruelty and neglect of children, damage to property, fire setting, theft and alcohol/substance abuse-related offences.

Four research assistants were trained to use a standard form to gather a range of information about each participant, including any alcohol abuse or alcohol-related offending.

As they were working retrospectively the definition they used for alcohol abuse was simply that it was noted as such in the file.

They found the overall rate of alcohol-related offences to be 5.9%, which is low. However, they point out that all referrals to maximum security would have come from secure services and individuals would have had no access alcohol in those circumstances. 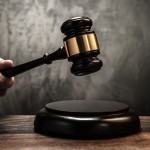 Overall rate of alcohol-related offences was low at 5.9%

They found the highest rate of alcohol-related offences (13.2%) in low/medium secure participants.

Those in community generic services had a lower rate of alcohol related offences than those in secure settings.

When they looked at the history of alcohol abuse, they found an average rate 20.8% with the highest rate in secure settings.

Only 14.3% of participants across all settings who did not have a history of alcohol problems, committed an alcohol related offence.

This is an extensive study covering a good geographical area in the UK and a range of services, from community to high security. One strength of the study is that it looked at all referrals to those services in a given period of time. There is always a difficulty however with any study that is looking for something after the event and looking at case records for mention of alcohol abuse retrospectively means that the researchers are dependent on the quality of the information taken at the time people were referred. The question of alcohol may or may not have been raised at that point.

The authors also point out that people referred high security settings would have come from existing secure services and so would have had no access to alcohol, so the data are skewed for this group.

The only result found to have a strong effect size was that alcohol-related offences were related to an alcohol misuse history.

They found that having an alcohol abuse history was associated with a previous history of a number of problems including physical aggression, contact sexual offences, theft, property damage, fire setting, and road traffic offences.

The authors suggest that one possible hypothesis is alcohol abuse may have been only one of a ‘constellation of problems’, developmental and in adulthood which may act as risk markers for offending.

Alcohol and its relationship to offence variables in a cohort of offenders
with intellectual disability, Lindsay W et al., in Journal of Intellectual and Developmental Disability, 2013 Vol. 38, No. 4, 325–331,