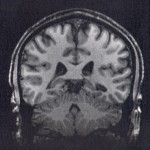 Papa Elf sent me a paper (Kambeitz et al, 2015) looking at a meta-analysis of a technique involving brain imaging to try and successfully classify study participants as meeting the criteria for schizophrenia or not.

The study uses a type of diagnostic screening tool using brain imaging combined with “multi-variate pattern recognition” which usually includes a “machine learning algorithm” to improve predictive accuracy. This involves looking at interconnected regions of the brain for patterns that tend to be associated with the diagnosis of schizophrenia in the participants in the study, which differentiates them from participants who did not meet the criteria. If a machine learning algorithm program is used, this will keep trying to improve its’ performance by successfully classifying the subjects.

This is a meta-analysis looking at the effectiveness of a diagnostic screening tool for schizophrenia using multivariate pattern recognition techniques on brain images. This is part of the largely unsuccessful quest for clinically useful biomarkers in psychiatry for “functional” disorders (i.e. no obvious “organic” cause) like schizophrenia.

Fortunately for me, the EBMH Journal recently published an article about how to appraise a meta-analysis of diagnostic screening tools, so I have used this approach to help write my blog (Takwoingi et al, 2015). 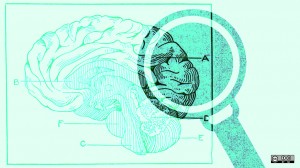 Could neuroimaging become part of the routine diagnostic process in the future?

I will quote the paper directly as to which studies are included:

To be included in the meta-analysis a paper needed to report results of a neuroimaging-based multivariate classification model separating patients with schizophrenia from HC {Healthy Controls}. We included all available multivariate approaches such as support-vector machines, random forests, discriminant analysis, logistic regression, neural networks, as well as combinations thereof.

There is also a further condition that results must be expressed in a way to allow calculation of “true positives (TP), true negatives (TN), false positives (FP), and false negatives (FN)” (or the authors had responded to requests for this data).

Reasonably comprehensive search strategies were used and the quality of the studies was assessed using a reasonably established technique. Data extraction was done by two researchers separately and any disagreements resolved using a conference consensus. A bivariate model with random effects was used to analyse the statistics and an appropriate statistics package was used (Takwoingi et al, 2015). Studies were grouped according to the type of brain imaging used and combined for an overall result.

Studies from 1991-2013 were used, but crucially little information in the paper was given as to which diagnostic criteria were used for schizophrenia (I suspect DSM-IV for the majority of studies, but this is just an informed guess on my part).

Secondary analysis looked at various patient characteristics to see if they influenced sensitivity or specificity of the tests such as age, gender, severity of symptoms, first episode vs chronic schizophrenia, or amount of medication prescribed.   Differences in performances between different imaging techniques were examined.

399 initial papers were whittled down to 38 studies with a total of 1,602 participants who met criteria for schizophrenia and 1,637 healthy controls. The data from these 38 studies was then entered into the analysis.

To quote the paper:

In the secondary analysis, older patients demonstrated higher sensitivity; patients with a higher positive to negative symptom ratio had greater specificity; chronic schizophrenia participants had greater sensitivity than first episode participants and people on higher doses of antipsychotics had greater specificity than those on low doses. It may be that medication altered brain structure in people on it for longer or at higher doses making it easier for the test to differentiate participants with schizophrenia from healthy controls (Ho et al, 2011). Year of publication was not associated with significantly different performance.

There was overlap in confidence intervals of sensitivity and specificity but resting state functional MRI was superior to structural MRI in terms of sensitivity. Visual inspection of Forrest plots suggested publication bias was unlikely.

As an overall conclusion

As in my last blog, I typed the figures from the study into www.clinicalutility.co.uk. Yet again it classified the usefulness of this type of biomarker as “Fair”. So even with clever algorithms and fancy dan brain imaging, I would suggest that this type of test is not ready for routine use. The lack of association of different performance with year of publication suggests that we may not see any improvement in performance of this technique in the future.

It looks like I don’t get to be a “proper doctor” and order diagnostic imaging scans for schizophrenia just yet.