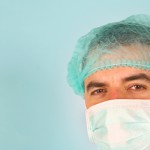 PubMed, The Cochrane Central Register of Controlled Trials, the National Institutes of Health clinical trials registry and 6 international oral and maxillofacial journals were searched. In addition conference proceedings of the American Association of Oral and Maxillofacial Surgeons and the International Association for Dental Research annual meetings were searched together with the bibliographies of identified studies.

Studies were included if the two treatment types (GA and resection and reconstruction) were compared, descriptive statistics and the primary outcome variable was reported or could be calculated and the pre- and postoperative data were available. The main outcome was the change in maximal incisal opening postoperatively. Data was pooled using a random effects model.

No randomised trials were identified, and only four studies met the inclusion criteria.  They suggested that those patients  undergoing gap arthroplasty had a significantly greater maximal incisal opening than the group undergoing ankylosis resection and ramus–condyle unit reconstruction. The weighted mean difference between the 2 groups was 2.4 mm (95% confidence interval 0.9 to 4.0; P =.002).

The findings from this review should be treated with caution for, as the authors point out in their discussion  the number of comparative studies they identified is small. The number of patients included is also small (just 91 in total).  As the authors also note, the absolute difference in maximal incisal opening  is also small at just 2.4 mm.  The authors did not report that they undertook any formal assessment of the quality of the included studies. The authors also did not identify any studies that compared TMJ prosthesis and costochondral graft placement or GA.   Further well conducted studies are needed before there is a clear answer to this question.