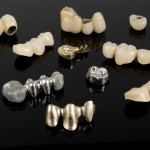 This critical summary of a review published by Lulic et al in 2007  has just been published under the auspicies of the American Dental Association Center for Evidence-Based Dentistry. For 80 years Ante’ law has influenced standard textbooks of prosthodontics.  It stated:-

the total periodontal membrane area of the abutment teeth must equal or exceed that of the teeth to be replaced.

The summariser notes that the Lulic review only includes 6 retrospective studies and there were some apparent methodological shortcoming with the review. The original review concluded that:-

The long-term prognosis of a fixed dental prosthesis (FDP) with abutments that have severely reduced periodontal support depends on the maintenance of a healthy periodontium.

The quality of the evidence available to address this question is limited, but it does suggest that Ante’s is not supported.

ADA-EBD Critical Summary – Ante’s law is not evidence based