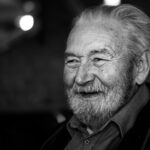 Effective mastication is important for physical and mental health, social well-being and nutritional intake in older adults. Recently, research has focused on oral function, using indicators such as masticatory performance (MP) and maximum bite force (MBF), rather specific oral diseases. Links between MP/MBF and systemic diseases (such as stroke, sarcopenia and anorexia), have been suggested, however, no solid conclusions have been drawn

The aim of this systematic review was to summarise the available evidence in the literature regarding associations between objectively assessed masticatory performance, chronic systemic diseases and physical function in older adults.

This systematic review was reported according to PRISMA statement guidelines and is registered in PROSPERO. Electronic searches were performed in three databases (PubMed/MEDLINE, Embase and CINAHL Plus) by two independent reviewers.  Any disagreement was resolved through discussion with a third experienced researcher. A manual search was conducted on reference lists and a Google Scholar search was also performed. There were no restrictions on language or publication date. Methodological quality was independently evaluated by reviewers using the Joanna Briggs Institute Critical Appraisal Checklist for Analytical Cross Sectional Studies. The included studies were cross-sectional studies that reported the relationship between health conditions and MBF or MP by objective methods (and involved adults aged 50 years or older). Full text availability of studies were available. Studies without statistical analysis or that used subjective assessments to measure MP were excluded. Studies that were not cross-sectional and those with a sample size of less than 50 were also excluded.

The observational cross-sectional studies used in this systematic review cannot draw causal relationships between MP/MBF and the variables. Further, well designed and conducted prospective studies  would be needed to provide evidence for causality.  The presence of impaired MP and reduced MBF can lead to a reduction in the intake of nutritious foods (such as protein rich foods), culminating in issues such as frailty and sarcopenia. Prevention and treatment of chronic diseases may improve masticatory function. As well as this, masticatory function may be improved through prosthodontic treatment (such as the placement of implants) and rehabilitation of masticatory muscles, following disease diagnosis (such as stroke).

Photo by Mathias Konrath on Unsplash