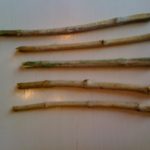 The miswak or siwak (Salvadora persica) comes from the Arak tree that is found in west India and Africa. Miswak sticks were originally used by the Babylonians and are still being used in many countries. Salvadora persica containing mouthrinses have been shown to inhibit cariogenic bacteria and reduced plaque accumulation.

The use of Salvadora persica extract was associated with a significant reduction in the plaque score and cariogenic bacterial count. Although, this reduction was lower than that achieved with the gold standard chlorhexidine mouthwash, Salvadora persica-containing rinse could be considered as a suitable oral hygiene alternative for use in individuals of all ages, socioeconomic backgrounds, and health conditions especially as a long-term measure due to its efficacy, safety, availability, cost-effectiveness, and ease of use.

The authors have carried out a broad search for studies and 18 out of the 19 included studies were considered to be RCTs. The sample sizes ranged from 10 to 152 and study duration varies from 24 hours to 4 weeks. Some of the included studies were of a cross-over design with wash out periods as short as two days. The short duration of some the studies and the short wash out periods are of concern.  The authors’ considered that 7 of the studies were of high quality although 15 of the included studies had domains of the Cochrane tool assessed as being at high risk of bias and only one study was classed as low risk of bias for all 7 domains. While the review suggests that  Salvadora persica-containing rinse could be beneficial the quality of the available evidence is very low to low so further high quality well- conducted and reported studies are needs to clarify  its effectiveness.