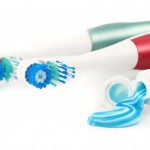 Tooth decay and gum disease are two of the commonest, but preventable diseases known to man. Regular and effective toothbrushing play an important role in the prevention of these diseases. Powered toothbrushes (PTBs) have been available since the 1960s and the question of whether they are better than manual toothbrushes (MTBs) has been with us since then. The aim of this undated Cochrane review was to compare manual and PTBs in everyday use, by people of any age, in relation to the removal of plaque, the health of the gingivae, staining and calculus, dependability, adverse effects and cost.

Randomised controlled trials (RCTs) of at least four weeks of unsupervised PTBs versus MTBs for oral health in children and adults were included. Cross-over trials were eligible if the wash-out period length was more than two weeks. Split-mouth studies were excluded. The primary outcome measures employed were quantified levels of plaque or gingivitis or both. Standard Cochrane approaches were taken for data abstraction and subsequent analysis. Data were classed as short term (one to three months) and long term (greater than three months).

PTBs reduce plaque and gingivitis more than manual toothbrushing in the short and long term. The clinical importance of these findings remains unclear. Observation of methodological guidelines and greater standardisation of design would benefit both future trials and meta-analyses. Cost, reliability and side effects were inconsistently reported. Any reported side effects were localised and only temporary.

This is the second update of this Cochrane review, which was first published in 2003. Each version has shown a benefit in favour of the powered brush although each time the clinical importance of the differences identified has been queried. Although the findings have been categorised into short and long-term, few of the studies were longer than 3 months and the authors considered than more trials with longer follow up periods could be valuable in terms of other outcomes such as adverse effects and benefits in the prevention of periodontitis and dental caries.  Although the price of powered toothbrushes has dropped since their introduction it is an cost effectiveness is an important consideration when assessing teh outcomes of this review co it is disappointing that none of the included studies reported on the relative costs of the brushes.  The authors also highlight issues with study designs and reporting and it is perhaps disappointing that despite easy availability of clear guidance ( www.equator-network.org) only 5 out of 56 studies could be considered at low risk of bias.