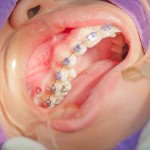 Anchorage is required during orthodontic treatment to prevent unwanted tooth movement. Traditionally this can be provided from site in the mouth (intraoral anchorage) or from outside the mouth (extraoral). While surgical techniques such as metal screws have been suggested since the 1940s recently modified dental implants have been used. The main aim of this review was to assess the effects of surgical anchorage techniques compared to conventional anchorage in the prevention of unwanted tooth movement in patients undergoing orthodontic treatment.

This review is a substantive update of a Cochrane review published in 2007. When that review was initially published one a single study was included so this review adds a further 14 studies. Other less rigorous reviews have been published and are in agreement with the findings of this review. The authors recommend that further research should look at methods to reduce selections bias and pay attention to determine appropriate start and endpoints to measure molar movement. They also suggest a greater focus on relevant outcomes rather that routine cephalometric analysis. 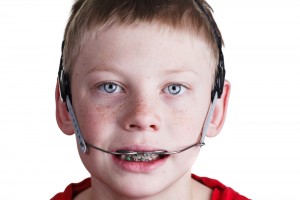 There is limited quality evidence to suggest a difference in treatment duration between surgical and conventional anchorage.