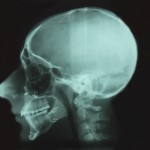 The Medline, Scopus and Web of Science databases were searched.  Two reviewers independently screened, and selected studies and then conducted data abstraction. The level of evidence of selected studies was assessed as high, moderate or low according to criteria described in the review and then based on this, the evidence grade for diagnostic efficacy was rated as strong, moderately strong, limited or insufficient.

The existing literature suggested that lateral cephalometric radiographs have been used without adequate scientific evidence of its usefulness and are often used prior to treatment. There is a need for diagnostic accuracy studies on 2D lateral cephalometric radiograph where standardised methodological criteria for diagnostic thinking efficacy and therapeutic efficacy are incorporated. This systematic review has shown that the evidence to agree or disagree on the usefulness of this radiographic technique in orthodontics today is limited. Lateral cephalograms are used in many occasions for reasons other than clinical diagnosis or treatment, such as medico-legal reasons in a teaching environment or due to a lack of experience in the field. These conclusions are rather worrying. The use of radiation in children should be even better justified, and scientific evidence of that justification seems lacking. At present, there is a need for further studies on larger patient populations, focusing on the therapeutic efficacy of lateral cephalograms.

In view of the amount of orthodontic treatment that is carried out it is perhaps surprising that so few good quality studies have been conducted on the validity of cephalometric radiographs. The heterogeneity of the study designs and the outcomes measures clearly presented some challenges for the reviewers to pull together a summary of the available evidence which, based on their findings is clearly limited.