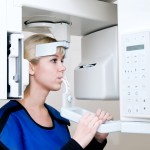 The reviewer highlights the extensive range of databases searched for the use of CBCT for orthodontic purposes.  There was also an independent assessment of study quality. The 50 studies included a wide range of topics related to orthodontic management.  The reviewer noted that the results section only included details of the authors’ methodological scores rather than the actual study results.   It was felt that the discussion was more consistent with a narrative rather than a systematic review.

Overall the reviewer noted that despite its limitations a lack of high quality evidence to support the use of CBCT in was demonstrated.

The review also noted the European guidelines on the CBCT use, which we have noted previously (Dental Elf 29th Jan 2013). The ADA also have an advisory statement of the use of CBCT ( Dental Elf 8th Aug 2012)