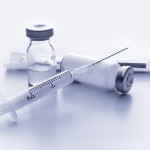 Dental fear and anxiety can still present as barriers to dental treatment, particularly for children. Conscious sedation in many instances is a viable option to general anaesthesia, Nitrous oxide used as a single agent in relative analgesia, is a popular choice for the paediatric patient. Although guidelines published by NICE and SDCEP have suggested the use of midazolam, it can be administered via oral, transmucosal, intranasal, intravenous (IV), intramuscular and rectal routes. The aim of this review was to assess the safety and side effects of IV midazolam for children undergoing dental procedures.

Searches were conducted in the Medline and Embase databases supplemented by reference searches of included studies. Randomised controlled trials (RCTs) and non-randomised studies involving the use of IV midazolam undertaken in children and adolescents aged 0-16 were considered. Studies using pre-medication and deep sedation techniques were excluded. Two reviewers independently extracted data and assess risk of bias

Although no significant side effects were recorded, of the minor side effects reported paradoxical reaction was the most common. Due to inconsistency in side effect reporting, the authors suggest the application of a standardised adverse event reporting tool for future studies of sedation in paediatric dentistry.

In their discussion the authors note the variation of adverse effect reporting in the included studies, this ranged from zero-80% of patients reporting minor side effects. They also note variation in the descriptions of the side effects that made characterization difficult. Consequently they call for better reporting of adverse events recommending the use of a tool developed by the World SIVA International Sedation Task Force (Mason et al 2012). Encouraging the proper reporting of adverse event events is important for the proper comparison of different techniques and needs to be encouraged not just in this particular area but more widely across dental research.  This group has previously reported on the side effects of oral midazolam ( Dental Elf -20th Dec-2012)