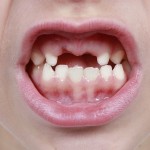 Dental caries and periodontal problems are strongly associated with socioeconomic status. Studies on traumatic dental injury however have found no such association although there is less agreement on whether this is also the case in the primary dentition. The aim of this review was to assess the association between socioeconomic indicators and traumatic dental injury (TDI) in primary teeth.

The scientific evidence indicates no association between socioeconomic indicators and TDI. The association between a low income and the occurrence of TDI in the present systematic review is weak and doubtful. Prospective observational studies are needed to address this issue further.

Searches were conducted in a broad range of databases for studies to address this question and, while 16 studies have been identified, all but two of the studies were undertaken in Brazil, so the findings may not be generalisable a point noted by the authors in their discussion. While the data for income suggest that income of more then twice or 3 times the average were slightly protective of TDI, the authors caution over interpretation owing to subjectivity in the cut off values used in various studies.