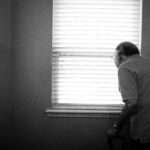 Social isolation can be defined as partial or total separation from family, friends and the wider community. Most often, social isolation is associated with older adults due to the increased likelihood of poor health, lack of mobility and the loss of loved ones in this age group. However, with the arrival of the COVID-19 pandemic in 2020, came government mandated requirements to socially isolate (or ‘quarantine’) to prevent the spread of infection. This was an unfamiliar experience for many people as events were cancelled, restrictions were placed on social gatherings, housebound isolation became law and travel was severely restricted.  Social isolation can cause psychological issues, such as anxiety and depression, which may have an impact on general and oral health.

The aim of this systematic review was to determine an association between social isolation and oral health in adults.

This systematic review was conducted based on PRISMA statement guidelines and searches were performed in seven databases (PubMed/MEDLINE, Web of Science, Scopus, Cochrane Library, SciELO, Science Direct and Embase databases), with no restrictions on language. The Cochrane Worldwide Handsearching Programme was used for manual searches. Observational studies from inception of databases to April 2020 were included and inclusion criteria included housebound adults (aged 18 years and over) and the reporting of oral health status. Institutionalized patients, people with special needs, those requiring homecare and community dwellers were excluded from the study. The study was performed by two independent reviewers and disagreements were resolved by consensus. The results of the studies were recorded qualitatively. For clinical trials, the risk of bias was estimated using the Cochrane Handbook for Systematic Reviews and, for observational studies, the Newcastle-Ottawa Scale was used. Heterogeneity was tested using I2 statistics.

There is no strong evidence for an association between social isolation and oral health in adults. However, the importance of self-care to maintain good oral health should be reinforced.

Searches were conducted in a number of major databases, however, the studies were limited as the included studies had a lack of blinding, and little information on sample sizes or the controlling of confounders. Older adults were mostly included (all studies included people aged 50 years and older). The older population is more susceptible to oral and dental disease compared to younger populations due to a number of factors; including, dry mouth, poor oral hygiene (often as a result of poor manual dexterity and dependence on others to perform oral hygiene) and high sugar diets. The studies included did not report on important aspects of oral health, such as caries and plaque scores. The authors acknowledged a gap in the literature in these areas. Instead, other parameters were investigated, such as chewing difficulty, mucosal disease and dry mouth. Excluding a wide range of groups who are affected by social isolation and generally considered to be at high-risk of poor oral health (including those with special care needs and those in institutions) may have reduced the number of studies presented in this paper. Furthermore, this may have presented a narrower view on society as a whole.

The studies included in this paper were before the COVID-19 lockdowns took hold across the globe. Social isolation was socially determined prior to the lockdowns, whilst during the pandemic these have become government mandated. A future systematic review of studies conducted during the COVID-19 pandemic, with inclusion of at-risk groups, would be interesting and may allow more definitive conclusions about the effect of social isolation on oral health to be determined. There are, however, challenges associated with conducting research in people who are socially isolated. Access to can be difficult as socially isolated people may be unaware of opportunities to participate in research and may be unable to access research facilities, for example, due to physical disabilities.  Cognitive impairment, which is more common in socially isolated people, may present issues with informed consent. These barriers may be further compounded by a fear of COVID-19 transmission during the pandemic, which may be prominent in those who are socially isolated.

Photo by Alex Boyd on Unsplash