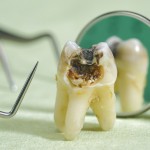 A whole host of studies has looked at the physical consequences of mental illness. Today, it is known that this connection is bidirectional in nature:

For instance, while suffering from a mental illness increases the risks of significant physical/medical comorbidity, including diabetes, heart disease and stroke (Lawrence et al, 2000), it has also been shown that many “primarily medical” conditions increase the risks of mental illness.

Among the most prominent, suffering from diabetes, inflammatory illnesses or cancer is associated with higher chances of depression (Katon, 2011).

However, to this date very little is known about whether these links between “body and mind” also extend to oral health. Poor oral health has been linked with systemic illnesses such as coronary heart disease, diabetes or respiratory disease, which may mediate links with mental health (Arigbede et al, 2012; Humphrey et al, 2008).

In addition, dental hygiene affects eating and speech, and thus has an impact on social and psychological aspect of life (Mirza, 2001). To review the evidence out there, Kisely and colleagues have recently presented a systematic review and meta-analysis (Kisely et al, 2015). 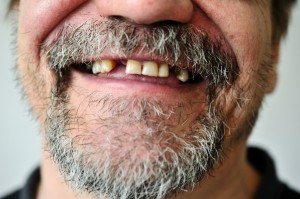 The authors screened major medical databases for studies that assessed oral health of people with severe mental illness. Total tooth loss (edentulism) and dental decay were taken as proxy of oral health and assessed via mean number of decayed, missing and filled teeth or surfaces.

In total, 25 studies covering 5,076 psychiatric patients and 39,545 non-affected controls were included into the analysis. Odds ratios, mean differences and 95% confidence intervals were calculated. 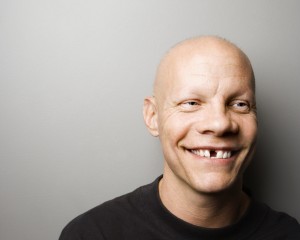 People with severe mental illness were 2.8 times more likely to have lost all their teeth, and had more missing, decayed or filled teeth.

The increased focus on the physical health of people with SMI should encompass oral health. Possible interventions could include oral health assessment conducted using standard checklists that can be completed by non-dental personnel, help with oral hygiene, management of iatrogenic dry mouth, and early dental referral. 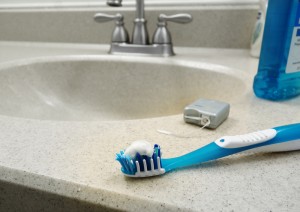 The authors recommended that people with severe mental illness should be given help with oral hygiene.

While the authors state that their analyses suggest absence of publication bias for some measures, such analyses were not possible for others due to small numbers of studies.

In addition, there was significant variation among outcome measure scores and assessments. This problem is made worse by an overall “not optimal” study quality that might have compromised internal validity. For instance, established diagnostic criteria for mental illness (e.g. DSM-IV) were used only in a fraction of studies and very often there was no control group. While the authors try to compensate for this by using external controls, there is no guarantee this procedure provides an adequate comparison. 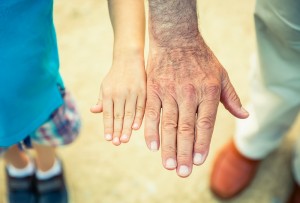 The authors attempted to compensate for their lack of control groups by using external controls, but this process may have provided inadequate comparisons.

Of note, there were sex differences when comparing psychiatric patients and healthy controls: As expected, males were overrepresented in the psychiatric samples, which could have influenced the associations between oral hygiene and mental health. However, separate analyses that included matched groups only revealed similar results. And obviously, there was no blinding of dental assessment which threatens internal validity.

Finally, there was great heterogeneity in the results, which the authors tried to correct for statistically, but which still makes any interpretations tentative. 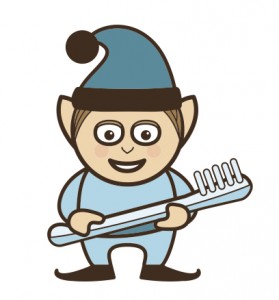 The DMFT index (Decayed, Missing and Filled Teeth) that is used in this paper is not particularly sensitive because a tooth can only be ascribed D, M or F.  Ideally the DMFT index would be zero. If all teeth are removed/lost or all filled it would be 32.

Essentially the D component represents a treatment need and the M and F components could be said to represent treatment provision. For a decayed tooth, a filling F would be the best option.

The missing component M could be an indication of previous orthodontic treatment (a tooth being removed to make space to reduce crowding). The only possible treatment option would be:

Any one of these last three (2-4) could be down to an inability to access (or interact) with dental services regularly. This could be down to patient factors or service factors; either or both not appreciating the needs and or implication of dental care for this client group.

While limited in many ways, this paper provides some interesting information about the connection between mental illness and poor oral hygiene.

More specifically, it raises awareness that people with mental disorders may be at a particularly high risk of dental problems. As such, the authors suggest that this patient group be recognised as particularly vulnerable and that screening for oral health be part of a more thorough assessment of psychiatric patients. 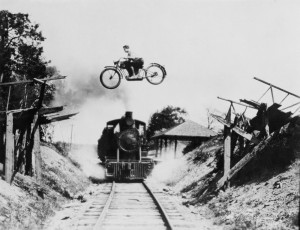 Last reply was 10 months ago
Try out our members features!