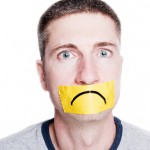 This review aimed to critically appraise the evidence on the relationship of oral health beliefs with dental fear and anxiety in distinct patient groups.

Searches were conducted in the Cochrane, Embase, Portal BVS, Clinical Trials, Ovid, OpenGrey, PubMed, Scopus, and Web of Science databases. There were no limits on language or date of publication.  Case-control, cohort, and cross-sectional studies assessing the association between negative health beliefs and dental fear/anxiety were considered.

Two reviewers independently selected the studies, extracted data and assessed risk of bias. The Newcastle Ottawa Scale for the relevant study design was used to assess risk of bias. Random effects meta-analysis of mean differences of dental beliefs scores between dental fear/anxiety and control groups, and the correlation of dental beliefs with dental fear and anxiety measures were conducted for studies with low or unclear/moderate risk of bias.

Based on these results, the presence of negative health beliefs is directly related to the increase of dental fear and anxiety; however, these findings are supported in studies with unclear/moderate risk of bias.

The authors have searched a broad range of databases to identify relevant papers and used standard methodological approaches to assess risk of bias. However, none of the included studies were considered to be at low risk of bias, with most being considered to be at risk in relation to selection bias and exposure and outcome measurement. Consequently while the findings suggest that patients with negative health beliefs are more likely to suffer with dental fear and anxiety this should be interpreted cautiously.