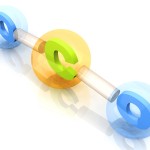 Animal studies have suggested that there is less thermal damage when excisional biopsies are performed using a carbon dioxide (CO2) laser in a char-free (CF) mode than in a continuous-wave (CW) mode. The aim of this study was to and compare the clinical and histopathologic characteristics of excisional biopsies performed with CW or CF CO2 laser (10.6μm) modes to determine whether 1 laser mode can be recommended for daily clinical practice

Patients requiring the removal of  fibrous hyperplasias of the buccal mucosa between 1 to 2 cm in diameter were randomised to have excisional biopsies with either char-free (CF)or continuous-wave (CW) mode CO2 laser.  Patietns were followed up at 2 and 4 weeks.   The primary outcomes were, the time of surgery, the number and type of intra- and postsurgical complications, and the widths of the histopathologic thermal damage zones. Secondary clinical outcomes included the postoperative pain perception (visual analog scale [VAS]) and the intake of analgesics.

In contrast to previous animal studies, no significant difference was found in the widths of thermal damage zones between the CW and CF groups. The VAS values and analgesic intake were low in the two groups. The two CO2  laser modes are appropriate for the excision of intraoral mucosal lesions. A safety border of at least 1 mm is recommended regardless of the laser mode used.