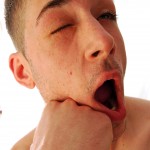 Around a third of mandibular fractures involve the mandibular condyle. Treatment approaches involve either an open or closed approach and there is no general agreement of which method should be used.    The aim of this review was to compare open and closed treatment of moderately displaced condylar fractures.

This meta-analysis confirms that both treatment options for unilateral displaced condylar fractures of the mandible yielded acceptable results. However, operative treatment was superior in most objective and subjective functional parameters

The have been two previous systematic reviews of this topic ( Kyzas et al 2012 – see Dental Elf 20th April 2012)  and Nussbaum et al  2008.  Both of those reviews included non-randomised studies.  All except one of the RCTs was published after the 2008 review.  The Kyzas review also concluded that the evidence suggests that the open approach may be better.  Neither of the two previous reviews are mentioned in this current review.