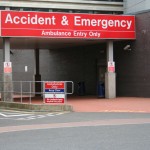 Facial fractures can have an important impact of physical and psychological health and can be costly to treat. Facial fractures commonly results from road traffic accidents (RTAs), assaults, falls, sports and work injuries.   RTAs and assaults are often cited as the primary causes although following changes in road safety legislation RTA- related trauma has decreased in many countries and assault has become an increasingly important as an aetiological factor.

The aim of this study was to analyse the demographics, causes and characteristics of maxillofacial fractures managed at several European departments of oral and maxillofacial surgery.

This study is part of the European Maxillofacial Trauma (EURMAT) project and involved oral and maxilla-facial surgery units from Italy; Bulgaria; Estonia; France; Croatia; Oslo, Norway; Bergen, Norway; The Netherlands; Slovenia; Serbia; Ukraine; London, England; Dundee, Scotland. While this study provides a useful comparison at a European levels it is doubtful whether a single centre from each country can be representative of that country given the variations in socio-demographic, economic, and cultural factors that are present.   However the studies does provide an interesting overview of the situation and although the findings are broadly similar from unit to unit variations between counties are discussed.