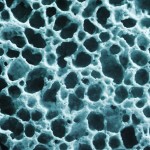 The aim of this review was to determine the effect of cortical perforations in bone regeneration considering the surgical technique.

the evidence for creating perforations in guided bone regeneration and also in combination with autologous bone blocks in order to increase bone formation is limited. Several authors agree that perforations have a beneficial effect on angiogenesis, especially in the initial stages considering the results of the studies performed in animals. Although the only study in humans concluded that there are some advantages, the fact that no other randomised clinical trials in humans are included in this review emphasizes the very weak evidence of the role of cortical perforations in bone regeneration techniques.

Two major databases and a wide range of dental journals were searched for this review. However, all the included except one study was conducted in animal models which raises important questions in relation to clinical applicability. All the studies were small and showed marked heterogeneity and only 2 of the 16 included studies were considered to be at low risk of bias.

There is currently little clinical evidence to support the use of cortical perforation to improve bone regeneration procedures well conducted and reported randomised trials or appropriate size and duration are needed to explore the efficacy of this approach.