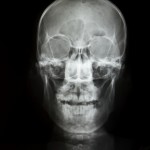 Fractured mandibular condyles are common representing 25-35% of all mandibular fractures.  They are treated by conservative management (CM) or open reduction/internal fixation (ORIF) but the evidence to support superiority of one method over the other has not been assessed. The aim of this review is to evaluate the current evidence regarding the interventions that can be used for the treatment of mandibular condylar fractures.

The  Medline, Embase, and the Cochrane Library databases were searched with no language restrictions. Randomized controlled trials (RCTs) and non-experimental studies (i.e. case series) were eligible for inclusion.  A quantitative synthesis was planned but only a qualitative summary was presented owing to heterogeneity between the included studies. The primary outcome of interest was post treatment function i.e  post treatment occlusion, mouth opening, protrusion, facial height, pain and the presence of postoperative ankylosis. In studies evaluating ORIF, adverse effects such as facial nerve weakness and scarring, were also recorded

What were their conclusions

The current meta-analysis suggests that ORIF for condylar fractures may be as good or better than CM. The morbidity associated with the operation is low. However, the available evidence is of poor quality and not strong enough to change clinical practice.