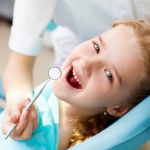 Fissure sealants have been in use since the 1960s and there is good evidence from a Cochrane review to recommend their use (Dental Elf 8th Apr 2013). Their effectiveness is related to retention rates with complete retention seen in around 80% of resin-based sealants at 12-24 months.

The aim of this study was to determine if the addition of an ethanol-based etch-and-rinse primer and adhesive system significantly improved sealant retention after 1 year and if the patients’ behaviour had an effect on retention.

Children aged 5-15 with paired fully erupted, maxillary or mandibular FPMs were recruited. One trained operator placed all the sealants; the matching arch-paired FPMs were randomly designated to receive a bonded sealant (study group) or a conventional sealant (control group); teeth were randomised using a coin toss.

Sealants were placed using a standardised technique. Child behaviour was scored using the 4-point Frankl Behaviour Rating Scale. Sealants were scored by two trained and calibrated blinded examiners as intact, partially intact, or not intact for each surface (occlusal, palatal and buccal). Partially intact and missing sealants were grouped together during statistical analysis.

While the clinical procedures for sealant placement is well described, a coin toss is used to randomise arch, tooth and bonding in this trial, which is less than optimal and at greater risk of bias. Drop rate is low at just 8% with retention rates at 12 months even for the control sealant matching the approximately 80% rate reported in the Cochrane review. The study found a significant improvement in retention rates at 12 months and it will be interesting to see if this benefit persists for longer.

Last reply was July 9, 2015
Try out our members features!