Home » Posts » Commissioning » Partnership working » Psychiatrists and psychologists: who are they and what do they do? 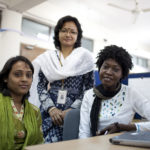 We have something a bit different today: it’s a recent study that qualitatively evaluated perceptions of members of the public with no experience of mental health services on the differences/similarities between psychiatrists and psychologists.

Our blog has been written by a psychologist and a psychiatrist who worked together to produce this summary, but also provided their own individual thoughts…

There are 3 things you should never say to a psychologist at a party, upon discovering their profession. The first is, ‘Oooh, can you read my mind?’ I blame Derren Brown for this one. The second is ‘Oooh, are you analysing me?’. I blame Freud for this one (it’s not the only thing I blame him for, of course). The third is ‘Oooh, bet I would make an interesting case for you!’ I’m not sure who to blame for this one. It’s simply tedious. Unlike every therapist-protagonist in a Nicci French thriller, I’m a boundaried professional, and when I’m at a party, I’m off the clock. Offer me another G&T. Do not offer me insights into your subconscious.

I would add a fourth item and for me it’s the most irritating of them all. It is when people confuse the two professions and seem shocked that psychiatrists are medically trained. Despite what Hollywood would have you believe, psychology and psychiatry are distinct and are absolutely NOT the same profession. I am always surprised by highly educated dinner party folk who really have no idea of what the differences are. 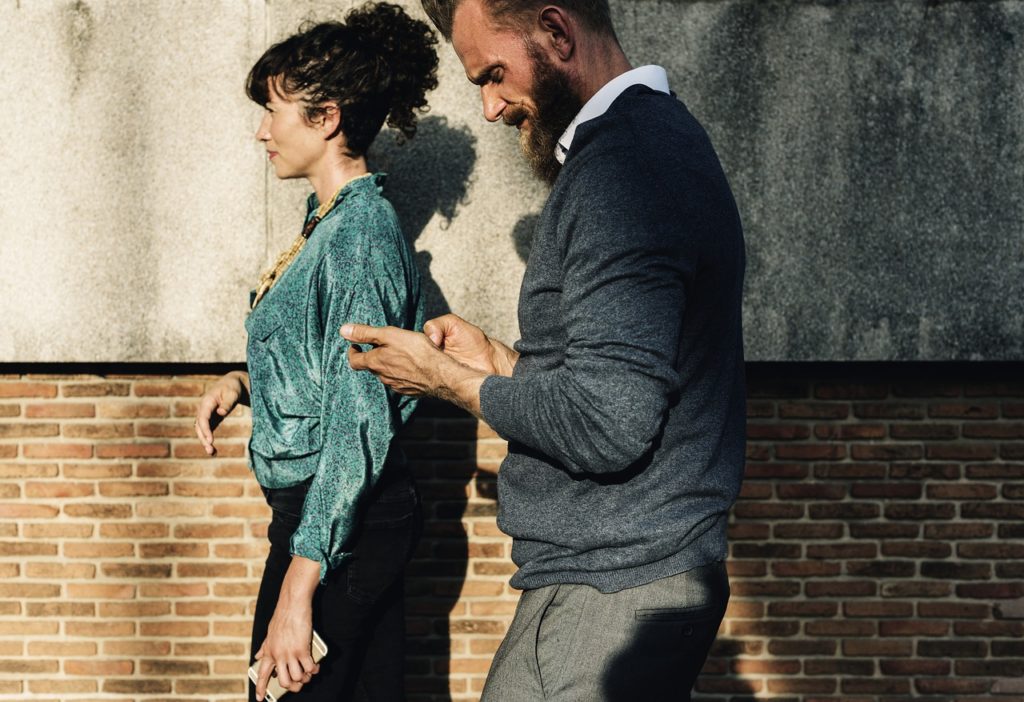 Do you know the difference between a psychologist and a psychiatrist?

The aim of the study was to qualitatively explore the opinions of members of the public, with no direct experience of mental ill-health, on the similarities and differences between psychologists and psychiatrists. 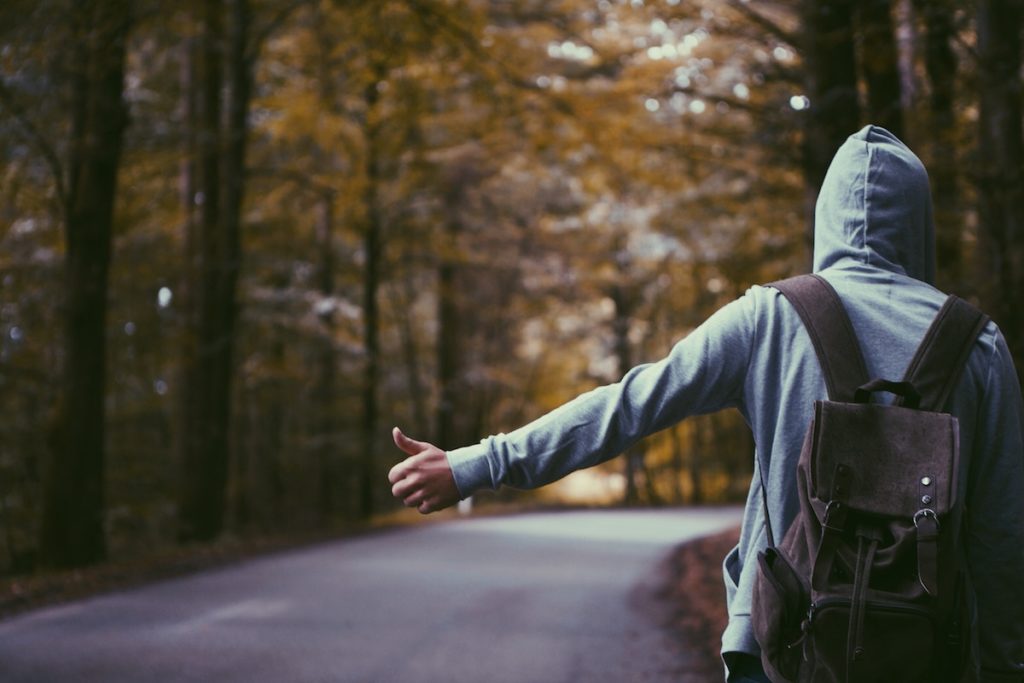 Public perception of psychiatrists and psychologists may influence how willing people are to seek help when they experience mental health difficulties.

Participants were recruited via adverts on a UK advertisement website (gumtree.com). There are no details in the paper about what the wording of the advert was, or explicitly what the inclusion/exclusion criteria was. It would be interesting to know how the authors operationalised the concept of “no direct experience of mental ill-health”. For example, were people asked to take part who had no experience of mental health difficulties, whether or not they had accessed services? What about people who had experience of a friend or family member with mental health experiences? This also begs the question of why someone would even be interested in giving up their time to take part in such a study if they had no experience of mental health issues in any way (which given the prevalence of such difficulties, would be rare enough).

Participants were interviewed by two of the authors together; Caroline Caddy (a psychologist), and Derek Tracy (a psychiatrist). Interestingly, the authors do not specify the professions/backgrounds of the interviewers at this point in the paper, as would be normal practice for a qualitative paper. They do make mention of their respective professions in the conclusions section however (more on this later). A semi-structured interview schedule was prepared in advance by the authors, and modified through the study in an iterative fashion, to respond to emerging issues through the process of the interviews. The eight core questions focused on:

A copy of the full interview schedule is not included in the paper so it is not possible to tell exactly how these questions were worded, or what prompts might have been used. All interviews were audio-taped and transcribed verbatim. A thematic analysis approach was used. 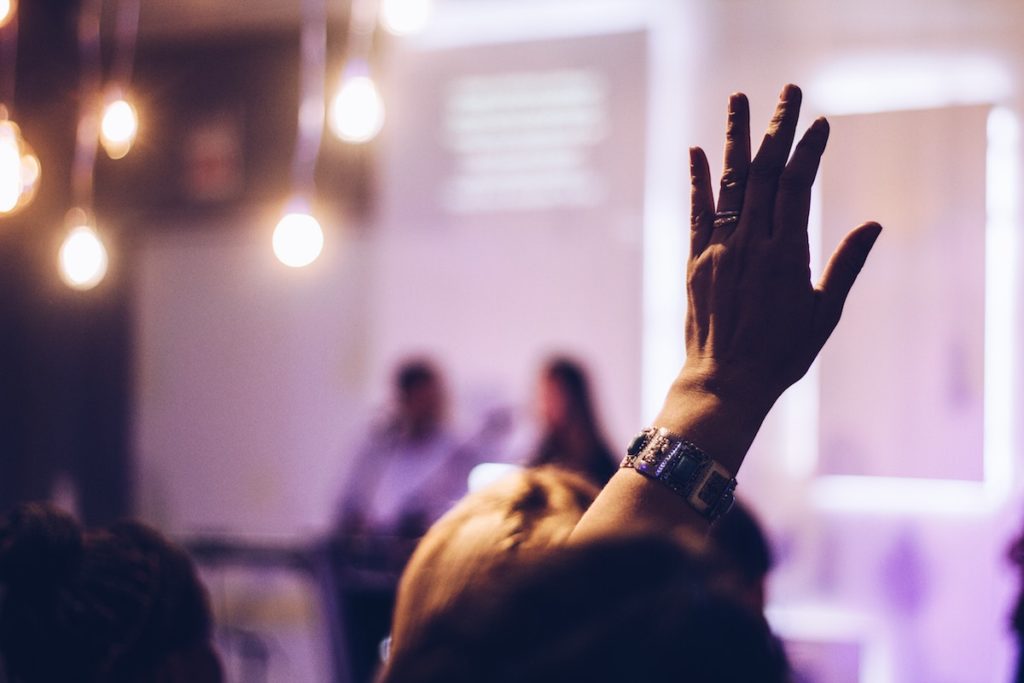 This qualitative study included 9 people with “no direct experience of mental ill-health”, although it’s unclear from the paper exactly what this means.

Nine participants took part overall (5 female, 4 male). The median age was 27, and 8 of the 9 participants were educated to degree level. This was therefore a relatively young and well-educated group of participants, which probably reflects the general demographic of users of the website used for recruitment. The authors report that they were satisfied they had reached what is known as ‘data saturation’. Broadly speaking, this means that they did not think gathering any more data by interviewing more people would have added anything novel to the themes they had already identified. The authors identified three main themes:

Most participants reported feeling less stigma associated with seeing a GP but preferred to disclose to a psychologist or psychiatrist who they felt were more ‘expert’.

Clarification of professional roles, a need for psychoeducation on mental health disorder and management available. 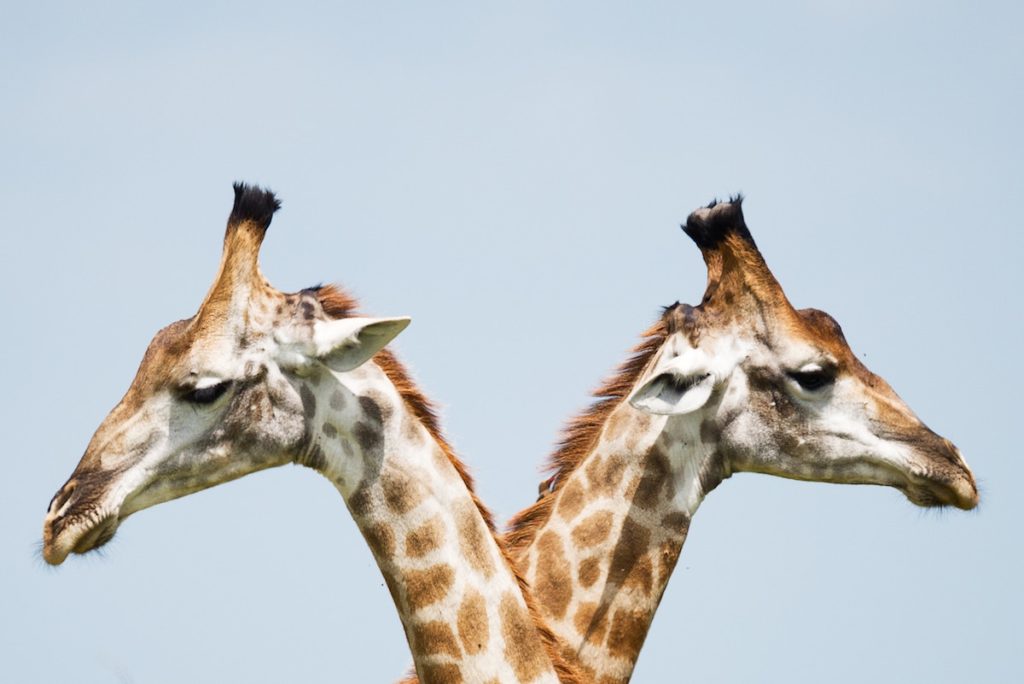 The participants in this study often confused the two professions (psychologists and psychiatrists) and thought they were fairly similar.

Patel et al conclude that there was a lack of clarity about the role of psychologists and psychiatrists. They felt that confusion may arise because they are both “talking” professions, with some psychiatrists delivering psychological therapies. Yet there were perceptions that psychiatry may be a “harsher though effective profession” with psychology being “softer” for “minor ailments”.

This study is the first direct comparison of public perceptions of psychologists and psychiatrists and it’s an engaging and important read. However there are some limitations. As noted by the author this was a self-selecting, young, predominantly white cohort most of whom had university degrees. With purposive sampling they could perhaps have ensured a greater diversity of views that would be representative of the general population.

Yet, the biggest thing missing from the paper was a reflective section. In qualitative research, we recognise that the interview is co-created between interviewer and interviewee. For example, Brinkmann and Kvale (2008) remind us that:

In interviewing, for example, the importance of the researcher as a person is magnified because the interviewer him or herself is the main instrument for obtaining knowledge (p.268).

As qualitative researchers, we can no more leave our identities, experiences, prejudices and hang-ups at the door than we can leave our hair colour or accent at the door. We don’t pretend to be “objective” as qualitative researchers, but rather to reflect on our own biases, and how these may have impacted on the research process. As a participant in a study about public perceptions of psychologists and psychiatrists, what we talk about and how we talk about it will be greatly affected by who we think we are talking to. In the conclusions section, the authors noted that the older male interviewer (DT) was a psychiatrist, and the younger female interviewer (CC) was a psychologist and that all participants guessed this at the end of the interview *. This seems to be a missed opportunity to connect this with some of the emerging themes in the interviews around power and identity, and how this relates to characteristics such as age and gender.

* Pamela, psychologist: “On the other hand, knowing DT, I doubt he turned up to the interviews in anything less than an immaculate 3-piece suit, which may have given the game away straight away.” 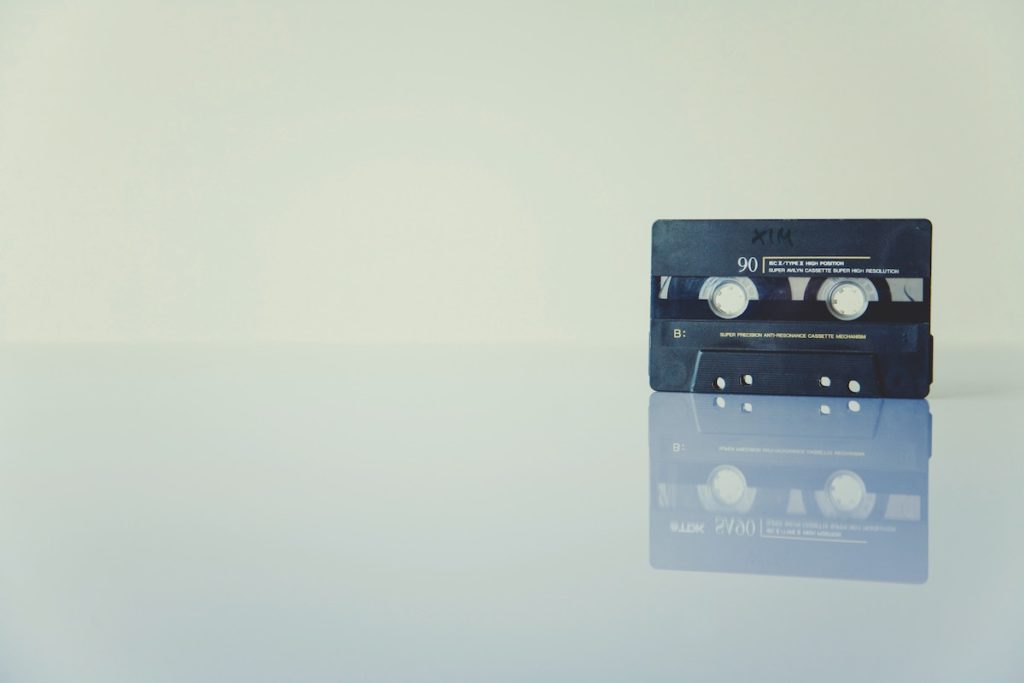 The paper lacks a reflective section, which is a shame, as this could have added some valuable detail on the emerging themes in the interviews around power and identity.

This is an interesting paper, which is perhaps best thought of as a first step on a longer journey. I hope it sparks off further work in this area, as there is much to explore from the themes arising in the research. For example, my area of clinical work is in psychosis, and the findings of this paper would suggest there remains a bigger problem of stigma and misinformation around mental health difficulties, which are perceived to be more serious or ‘dangerous’. Understanding more about how and why these beliefs are held by members of the public could better inform anti-stigma campaigns and educational packages designed to improve public understanding in the area.

I am not surprised by the finding that people are confused about the roles. I do hope this paper gets widely disseminated amongst the general population. It would save me hours of explanation! The finding that some participants felt psychiatrists are frightening or powerful, will be largely down to the media as none of the participants had first-hand experience of mental health professionals. As a profession, I think we are always mindful of preconceptions that stem from ‘One Flew Over the Cuckoo’s Nest’ or ‘The Bell Jar’. Whenever I see patients or relatives I try to provide a clear explanation of my role and plan how we will work together. There are situations, where people may lack capacity or insight into their mental illness and have become a risk to themselves/others and must be detailed under the Mental Health Act. I don’t feel “powerful” in these circumstances, but rather I feel a duty of care to them, their family and the general population. I would now be interested to see what patients and relatives with experience of secondary care think about psychiatrists or psychologists… further research Patel et al? 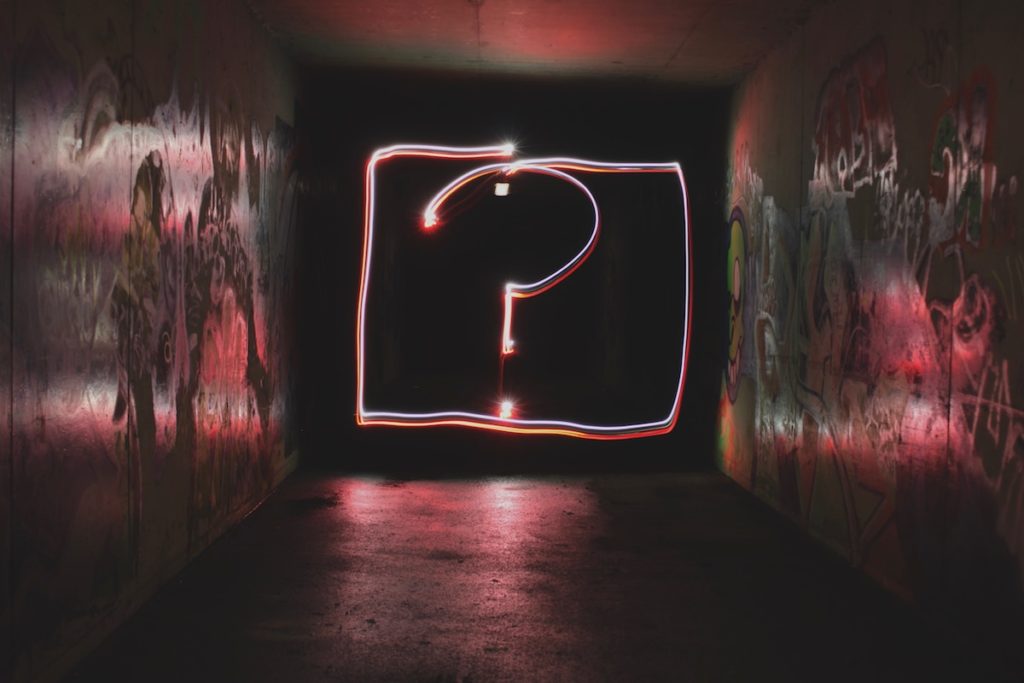 What do mental health patients and relatives with experience of secondary care think about psychiatrists or psychologists?

Pamela is a Clinical Psychologist and as such has a vested interest in how her profession is perceived, both by members of the public and other health care professionals. She has been cornered by lots of bores at parties on the topic under discussion. She also has the great pleasure of working in the same team previously as one of the authors of the paper, Derek Tracy, hence her first-hand knowledge of his sartorial elegance.

Golnar is an academic psychiatrist. She has started saying she is simply a doctor at parties to avoid convoluted discussion on the merits of Freud.

Last reply was October 23, 2018
Try out our members features!