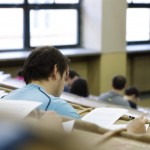 The Royal College of Psychiatrists has today published a new report into the mental health of students in higher education. The report calls for more investment in mental health support for university students, amid concerns that some students with mental health problems may be missing out on the help they need.

The College published its first report on the mental health of students in higher education back in 2003. This new and fully-updated report provides a complete re-examination of the issues.

According to the authors of the report, the student population has changed enormously over the last decade. Overall student numbers have grown, more students are entering higher education from socially and culturally-diverse backgrounds, and there are growing numbers of international students. Students are also struggling with rising debt and fewer employment opportunities – all of which may be impacting on their mental health and well-being.

Dr John Callender, consultant psychiatrist and chair of the working group that produced the report, said:

The demand for counselling and mental health advisor services continues to rise. Although there are some excellent support services for students across the country, in many universities the provision of services has not kept pace with expanding student numbers – leaving existing services overstretched.

A recent survey indicated that about 4% of university students are seen by counsellors each year for a wide range of emotional and psychological difficulties. And many counsellors and mental health advisors in universities are reporting increased demand from students for their services.

We know that universities are facing large funding cuts. But it’s vital that they continue to support student counselling and mental health advisor roles. Academic success, physical health and psychological well-being are closely linked, and institutions need to be aware of the importance of looking after their students’ health.

Dr Leonard Fagin, consultant psychiatrist and a co-author of the report said:

There are concerns that universities are programming cuts that will affect provision of counselling and psychiatric services to students, preventing effective early intervention. Likewise, cuts to mental health services could also affect the provision of coordinated services to young people known to them who are attending higher educational institutions.

The report states that the student population is in some ways more vulnerable than other young people. First year students have to adapt to new environments and ways of learning, and the transition from home to university can be a difficult period. Mature students in particular may find themselves isolated, and in the university environment there can be significant peer pressure to misuse alcohol and drugs. for serious mental illnesses like schizophrenia and bipolar disorder, the peak age of onset is during the university years, between age 18-25.

The report makes a series of key recommendations, including:

Eileen Smith, co-author of the report and Head of Counselling at the University of Hertfordshire, said:

Feedback from students suggests that a timely counselling intervention can enable improved academic performance and reduce drop-out rates, thereby saving the waste of individual potential and universities’ resources. Mental health is not a minority issue: we all have minds and emotions which affect our sense of ourselves, our ability to make relationships, to work and to contribute to society. It is only by promoting the mental health of all students and staff that we can create a healthy university that is able to support its more vulnerable members.

Last reply was October 3, 2017
Try out our members features!