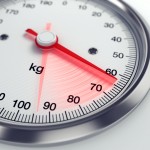 A general misconception about anorexia is that it’s just about eating and ‘being thin’, but it’s more complex than that. The illness affects multiple aspects of a person’s life, and often goes hand in hand with other psychological issues such as low mood, or excessive worry. In addition, the jury is still out on the exact cause of anorexia and the best treatment.

Those with very severe anorexia, who don’t respond to treatment outside of hospital, may need an inpatient stay. It follows that if anorexia is a complex illness, treatments should aim to address these complex issues, rather than just focus on attitudes relating to eating and shape, right?

Well, this is what “current” (published 10 years ago!) National Institute for Clinical Excellence (NICE) guidelines recommend: individuals who stay in hospital should receive treatment that focuses not only on eating, but wider psychosocial issues. However, these recommendations are based on expert opinions and clinical experience rather that good-quality evidence.

Moreover, a hospital stay does not guarantee recovery. Many patients find that they are unable to sustain an increased weight, and relapse back into anorexia. Therefore, treatment during this critical time should aim to provide psychological support that reduces a patient’s tendency to relapse when returning home.

So, do these kind of complex treatments work in a hospital setting, and do they reduce relapse rates?

This is where a recent study published in the Psychotherapy and Psychosomatics journal fits in. This Randomised Controlled Trial (RCT) set out to identify: The NICE eating disorders guidance is due to be updated soon, but no date has yet been announced for the next update

Two programs of inpatient CBT-E were utilised, both of which were derived from the outpatient version of CBT-E. In both programmes:

However, the two programmes also differed in several key regards, described below.

Eighty (female = 78) eligible participants were recruited; 42 patients were randomized to the CBT-Ef and 38 patients to the CBT-Eb.

Measures were taken before treatment, after treatment, at 6 months and 12 months. The following were measured: There was no difference between the two programs for BMI, weight gain, eating disorder psychopathology, general psychiatric features, or proportion of completers at the end of treatment or at follow up. Therefore all results are reported across both treatments. This study has demonstrated that inpatient CBT-E is well accepted by patients with severe anorexia nervosa and the response is promising. Ninety percent completed the program and most improved substantially. Deterioration after discharge did occur but it was not marked and it was for a limited period of time.

The authors acknowledge that they cannot conclude that the changes were due to specific components of CBT-E as no other comparison group was included due to logistical reasons. This also makes comparisons between existing inpatient treatments and CBT-E difficult.

The results may not be generalizable to the UK since the inpatient setting was in Northern Italy, and inpatient referrals may differ when compared to the UK. For example, the South London and Maudsley Eating Disorders inpatient service admits patients with a BMI of less than 15, whereas a quarter of the current sample had a BMI of over 16 and the mean BMI of the total sample was 14.9.

During the follow-up period, almost all patients attended various outpatient treatments. This makes interpretation of the findings more difficult.

Additionally, no specific measures of mood intolerance, interpersonal difficulties, self-esteem or clinical perfectionism were used. This means that any potential change in these variables may not have been measured.

Despite these limitations, the RCT indicates the potential of CBT-E for use in an inpatient setting, although further research is needed to examine whether this is significantly better than current inpatient treatment, both immediately after treatment and at follow up. Although the study shows progress, more research is needed to allow us to form firm conclusions as to the best inpatient treatments for anorexia.