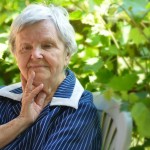 We are now facing a rapid increase of the ageing population across all societies. Although in the last decades, mental disorders in older adults received little attention due to the fact that usually health problems encountered by elders were considered a direct consequence of their age, there is now a great need for evidence-based interventions directed at older people.

Anxiety in dementia is very common, with a prevalence ranging from 5 to 21% for anxiety disorders and raising up to 71% for anxiety symptoms. For older individuals suffering from dementia, the most common symptoms of anxiety can present themselves as: motor restlessness, agitation and day/night disturbance and sometimes even aggression. Other symptoms such as increased dependency and behavioural problems might appear in late stages of dementia.

As for treatment, people most often receive psychotropic medication for which we have very little evidence, but we all know the potential serious adverse effects (Moretti et al, 2006). 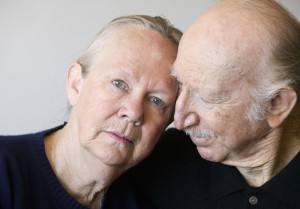 Anxiety is common and problematic in dementia, and there are few treatment options available.

The researchers first developed a manual by doing a systematic literature review, an expert review and a consensus conference with 30 people. After this, they tested the intervention with three people who suffered from dementia.

Every patient had a carer and their role was to support the person with dementia in implementing strategies learned during the intervention. The involvement of the carer could range from very little (being there a few times) to being present at all times.

Participants were eligible for this intervention if they:

All assessments were administered in week one (baseline), week 15 (follow-up 1) and at 6 months (follow up 2).

Participants and their carers were randomly allocated to either CBT or TAU, with an allocation ration of 1:1. The intervention lasted for 10 weeks, with a one hour session every week. Sessions were delivered by four clinical psychologists with experience of working with people with dementia.

The authors concluded that their investigation is feasible for people with mild to moderate dementia and clinically significant anxiety, with differences in anxiety levels that approached significance and maintenance of this differences at 6 months post intervention.

They also added that the therapy was acceptable to people with dementia and their family carers, demonstrated by their willingness to participate in the intervention. 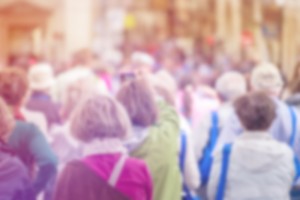 The authors conclude that this pilot provides the evidence required for a large scale RCT to now be conducted.

First of all, participants and their carers were not masked to group allocation because the intervention was psychosocial, but were asked not to disclose which arm of the study they had been assigned to. It is not about disclosure, it is about them knowing what type of intervention they receive and bias towards tests results.

Second, although the patients were randomly assigned to groups, those in the CBT group had only carers from family members, which means they had a lot of time to support the person caring for. In the TAU group, only 80% of the carers were family members, so we still have 20% of the patients in one group with lower levels of support.

This research demonstrated that formulation based CBT may be beneficial for people with dementia and anxiety, having also effects on depression levels and use of medication, but we need larger trials and better methods to investigate the effects of the intervention in order to be sure of its efficiency. 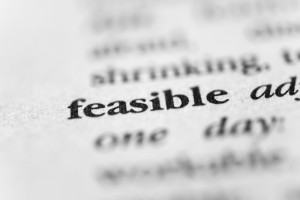 This pilot RCT suggests that a CBT manual may be a feasible approach for treating anxiety in people with dementia.