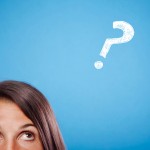 Guidelines remain unclear on when a patient’s treatment should be changed if they are unresponsive to a recently prescribed antipsychotic. There is also a lack of consensus on whether early signs of improvement can be used by clinicians to predict a patient’s later response.

Early theories suggested that the onset of antipsychotic drug action can be delayed and the identification of non-response can be deferred. This has since been challenged by evidence that a reduction in symptoms can be evident during the first weeks of treatment. Guidelines on the time allocated for patients to show an initial response has ranged from two to four weeks (American Psychiatric Association) and four to six weeks (NICE) at optimum dose. The definition of early improvement also remains uncertain, with previous studies including varying degrees of reduction in the total score on the Positive and Negative Syndrome Scale (PANSS), including less than/equal to reductions ranging from 20% to 50%.

In this review (Samara et al, 2015) the authors investigated whether a lack of improvement after two weeks of treatment with an antipsychotic can be used to predict later non-response by conducting a diagnostic test review. The aim of the test is to identify non-responders and change their treatment as early as possible, to avoid the continuing use of antipsychotics which have little or no benefit.

Current guidelines disagree as to how long it takes for patients to respond to antipsychotics.

This review was designed to compare an index test (a predefined degree of non-improvement following two weeks of treatment) against a reference standard (non-response to antipsychotic treatment) at a later stage:

The authors included any studies that examined response to antipsychotic treatment at follow-up by the degree of improvement in overall symptoms using either the PANSS or BPRS total scores. The follow-up times varied from 4 to 12 weeks, and studies were included irrespective of study design, setting or blinding method (only studies where the antipsychotic was administered orally were included). Participants had a diagnosis of schizophrenia, schizophreniform or schizoaffective disorder with no age, gender, ethnicity or setting restrictions.

The authors searched electronic databases including EMBASE, MEDLINE, BIOSIS, PsycINFO, the Cochrane Library and CINAHL. Searches of ClinicalTrials.gov and the International Clinical Trials Registry Platform were conducted and study authors were contacted for individual patient data. 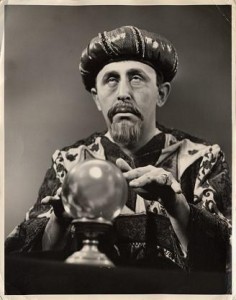 Predicting treatment response is possible with carefully conducted research and not a crystal ball in sight.

The search identified 2,224 records and 34 studies were included in the review (9,460 participants in total). Individual patient data for 32 of these studies were obtained by contacting study authors.

The results were calculated based on:

The authors identified specificity and PPV as the most clinically important results when assessing non-response:

The test predicted that for 100 patients showing non-improvement after two weeks (defined as less than 20% PANSS or BPRS score reduction): 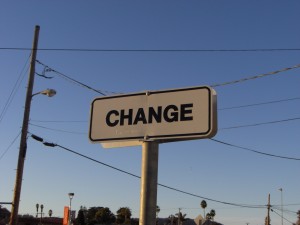 This diagnostic test review suggests that patients who don’t improve after 2 weeks of antipsychotic treatment are unlikely to respond later and may benefit from a different treatment.

The results lend support to the hypothesis that non-improvement following two weeks of treatment with antipsychotics can predict non-response at a later time in patients with schizophrenia spectrum disorders.

The authors identified a number of important factors that require consideration in the formulation of the test including:

The use of individual patient data was beneficial for this review. However, the authors identified several limitations:

This study provides valuable evidence to support definitions of early improvement and the association with later response, but further research is required. In combination with the findings of the current SWITCH and OPTIMISE studies on effective treatment strategies in cases of non-response, this study will aid the development of recommendations for use in clinical practice. 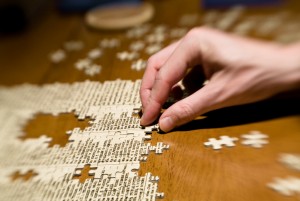 Studies of different types of antipsychotics and a wider variety of patients are required to inform the development of future practice guidance.