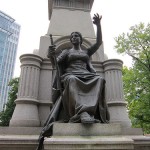 It is an encouraging sign of the times that research on adult safeguarding is increasingly exploring what happens in practice rather than counting numbers or getting bogged down in definitional disputes.

This article draws on practice reports and practitioners’ views to consider whether older victims have access to justice. The researchers were commissioned to evaluate a pilot project in Swansea which aimed to improve responses to older victims and help them have access to criminal and civil legal remedies.

The article is not very clear on what happened here but makes some interesting observations about what practitioners report from their caseloads and what they suggest about the options available to older people.

In this blog I’m using the terms victims and perpetrators in the same way as the research crew. Like them I find this rather too simplistic and it is particularly important to note that the term ‘allegedly’ should preface these terms. Both alleged perpetrators and alleged victims are entitled to justice.

The research reported here is part of the authors’ evaluation of the Welsh Government’s six year strategy to tackle violence against women and domestic abuse. A pilot project ‘Access to Justice’ was undertaken in Swansea with the twin aims of raising practitioners’ awareness of the risk of harm to older people of domestic abuse and to investigate if the needs of older people so affected differed from other age groups.

Domestic abuse is taken here to exclude ‘stranger’ abuse (and presumably abuse by professionals) and ‘domestic’ is a ‘context’ that presumably excludes care homes, hospitals and day centres. Or, as might be summarised, it is abuse in the home by a relative or family member. 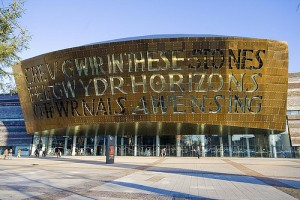 The findings come from the evaluation of the Welsh Government’s six year strategy to tackle violence against women and domestic abuse.

Essentially the researchers analysed data from 152 case management reports (CMRs) collected over a two-month period by practitioners in the police (98) and adult services (48) (and 5 from other disparate agencies.)

The key lines of enquiry the researchers took were

The CMR data were used to build up 6 vignettes which were discussed in a small focus group of 7 managers and practitioners – 3 from adult services and 3 from domestic violence services.

In addition 20 interviews were held with local policy makers, managers and practitioners from a range of local agencies; this time including more (well, 5) from the NHS than previously.

Like many other studies the researchers found they could not interview older people who had been referred for concerns about safeguarding.

So, what is new here?

First the CMR data from the police and adult services are original and grounded in what ‘comes through the door’. Many practitioners evidently co-operated in this research which should be much appreciated. Much adult safeguarding research rests on data from adult services alone and so it is very helpful to hear from different groups of practitioners.

Second, the interviews explored what was done and not done – with a focus on seeing access to justice as part of a repertoire of responses that might be considered even if not chosen by the older person (victim). 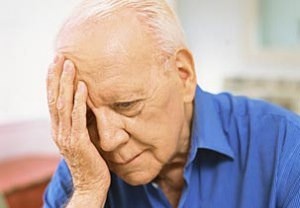 A key finding was that for two-thirds of the cases there was no evidence that criminal or civil justice options had been discussed with the victims.

The CMR data reported on 131 victims, three quarters of whom were female. This is less than the usual profile of victims of domestic abuse – suggesting services for men might need to be developed and attitudinal changes addressed perhaps too.

I found it interesting that the data recorded one from of abuse for the majority of victims (79%) rather than multiple forms. In this set of CMR data financial abuse was less frequently reported than the practitioners expected.

Interesting too are the data about the perpetrators about whom we know so little as a group in the UK. Most, but not all, were male, many were sons or grandsons, but the ‘coercive control characteristic of traditional domestic violence’ was not confined to the male abusers.

Some practitioners thought that carer stress explained the abuse; the researchers were more cautious in this interpretation and suspected coercion in some cases. There was a familiar pattern of dependency and interdependency, particularly in the group that the researchers called ‘reactive’ abusers, sometimes a son or grandson reliant on the older person and becoming abusive when they were unable to cope with the older person’s circumstances.

Pro-active perpetrators, as termed by the researchers, were a larger group (73%), engaged in behaviour that was long-standing and more likely to be physical abuse. These sometimes used a variety of strategies to thwart professional interest and interventions.

The key finding of this study is that for two-thirds of the cases there was no evidence that criminal or civil justice options had been discussed with the victims. The researchers see this as poor practice arising from paternalistic and ageist stereotypes. To them it

constitutes a failure to acknowledge the human rights of older people. 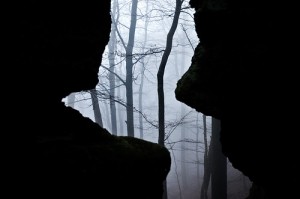 Interdependence is a feature of the victim-perpetrator relationship.

This is good evidence that interventions such as Making Safeguarding Personal (MSP) in England will find fertile ground with other agencies beyond adult services if they can demonstrate wider choices and options have been explored with older people and lead to better outcomes.

These may include older people’s campaigning organisations which have had much to say on the subject of professional practice and its effectiveness.

THE ZEN DIARY by David Gabriel Fischer via Compfight cc