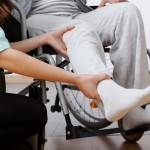 My first reaction on reading ‘A qualitative study of views on disability and expectations from community rehabilitation service users’ was how much more interesting and thought provoking the article was than the title suggests. This is perhaps unfair given the title is an accurate and straight forward description of the contents.

What is significant about the article, especially for me as a disability studies academic who works in social work education, was the nuanced way in which it engaged with the social model of disability and the ways in which people with acquired impairments think about issues of disability.

The articulation of the social model of disability and the accompanying development of Disability Studies as a field of academic inquiry has fundamentally changed the way many people think about and respond to disability, including policy makers, practitioners and most importantly disabled people themselves.

Making a distinction between impairment (physical, sensory or cognitive difference, health condition or illness) and disability (disadvantage or restriction caused by disabling barriers, attitudes or practices) has (or at least should) radically reshaped how services respond to disabled people.

While a social model of disability has become tantamount to a new orthodoxy in disability services there remains considerable variety of ways in which it is interpreted and debates continue about its relevance to different groups of people, particularly those who have impairments or long-term conditions but do not consider themselves to be disabled.

The authors of this study are interested in ‘how we conceptualise disability’ because ‘rehabilitation professionals are inadvertently affected by how disability is conceptualised by their clients, co-workers and by themselves, whether these conceptualisations are explicit or implicit’. In particular, the authors considered it

important to discover people’s own perspectives and describe the meaning of people’s lived experience of disability. 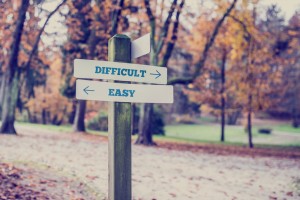 When talking to participants, the researchers used the more neutral term ‘difficulty’ to get comprehensive responses on disability.

The study interviewed 10 people (8 women and 2 men) who were recruited via a Community rehabilitation service (CRS) in a London borough. All of the participants were over 50, more than half over 70 and had all acquired impairments in later life.

They had been referred to the CRS, had been accepted and were waiting to be seen. The study excluded people with cognitive impairments and those with limited spoken English or communication difficulties ‘that would have made an audio-recorded interview rather difficult’. This could be viewed as a shortcoming.

Each participant took part in an audio-recorded interview that took place in their own homes. The authors explained that they adopted a phenomenological approach which ‘aims to illuminate the sense participants make of their own world’.

The researchers used a semi-structured interview schedule (presented in the article) that asked them about ‘difficulties’ they were experiencing, their expectations about the CRS and finally their views on disability. Difficulties was used as a ‘more neutral word’ than disability ‘to generate a more comprehensive account’.

The findings were grouped under four headings.

The participants did not self-identify as disabled despite many receiving disability related benefits or services. Disability was understood in terms of inability to do things for yourself and of being reliant on others.

The general use of ‘they’ and ‘them’ in these quotes underlines that participants were talking about disability as something other and disabled people as others.

The authors describe the ‘emotive’, ‘negative’ associations the participants had with disability and suggested they ‘were rooted in the experience of acquiring disabling impairments with ageing’.

Distinctions were made between functional independent and economically self-sufficient adulthood and the limitations and difficulties they were currently experiencing.

The difficulties identified by the participants were attributed ‘to the state of their own body, health condition and age’ and proposed solutions were healthcare and social and environmental solutions such as personal assistance or environmental adaptions.

In the main the participants ‘did not interpret their life situation in a political sense and there was no explicit awareness or application of the social model of disability’. However, as the authors point out

Interviewees did in fact experience situations, which, with theoretical awareness, invited social model interpretations; and some participants did act in a way that implicitly corresponded to a social model approach, albeit on a personal level.

So, I have an advocate, and I’m fighting with the Social Services to give me more, because, I told them, I’m not a piece of furniture that you push. I’m a human being … A lot of things bother me, Unjustice [sic]. Because I’m sure, they didn’t, because they save on us, the Social Services people in offices, they didn’t short their life, I mean in working hours, and they didn’t cut their salaries. So, when we have to pull the belt, we should pull the belt altogether, when we are in trouble. That what is my understanding.

The participants were split in their expectations of the CRS. Half had ‘concrete’ expectations often based on previous experience or knowledge of health professional’s roles.

The others were more uncertain. Their perceptions of rehabilitation were often associated with institutional settings and tended to involve a passive role, their referral being ‘something that had happened to them rather than something that had an active part in’. 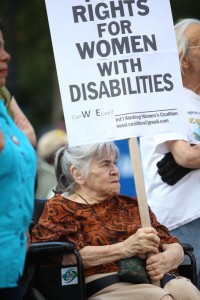 Most of the participants did not view disability in social or political ways or identify as disabled.

Participants’ expectations from community rehabilitation ranged from those who had no clear expectations and took a passive service user role to those who had concrete wishes and were actively engaged with the service. Our interpretation of these findings is that it may be necessary to raise the public profile of community rehabilitation as a service; and that there is scope for conceptual work to actively develop and incorporate alternative ways of looking at disability into clinical rehabilitation practice.

The discussion had two areas of focus. First, the authors suggest CRS has ‘a comparatively low public profile’ which may prove problematic in an increasingly competitive environment where services need to be visible to stimulate demand.

The apparent passivity of CRS users is in stark contrast to policy emphasis on empowered consumers exercising choice and control. They conclude this suggests the need for ‘greater public awareness about community rehabilitation’.

The second is the ‘rich account’ of the experience of disability provide by the study. As the authors note these resonate strongly with discussions of the social model within disability studies. Older people, particularly those with impairments acquired in later life, tend not to conceptualise their experience as disability from a social model perspective or see their difficulties in a political context.

As the authors acknowledge despite considerable work on the relationship between disabled people and professionals ‘health professionals are largely unaware of this body of work’. This points clearly to the need for a greater contribution from disability studies in the qualifying education and continued professional development of healthcare staff. 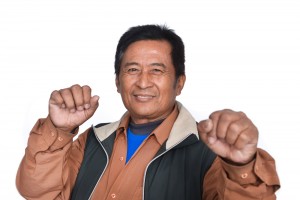 The apparent passivity of CRS users is in stark contrast to policy emphasis on empowered consumers exercising choice and control.