Home » Posts » Social care » personalisation » What works for whom in support planning by ULOs? 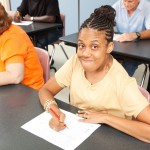 User led organisations (ULOs) are considered to be essential to the implementation of personal budgets in social care (HM Government 2008) and Centres for Independent Living were helping disabled people to manage and use direct payments to purchase individual support for many years before the introduction of the personal budget option in social care (Glasby and Littlechild 2009).

This research study by Williams and colleagues (2014) aimed to find out how disabled people’s organisation or ULOs were supporting personal budget holders to plan their support. The study aimed to find out how ULOs were supporting personal budget holders to plan their support.

The research was based on three demonstration sites relating to personal budgets and where support planning was commissioned to ULOs from local authorities. There were eighty participants considered through the qualitative research which took place in 2009-2010 and of those forty one people had accessed user led organisations (ULOs) and thirty nine people, who had accessed local authority social care support in planning.

The work of Williams and colleagues considers the need for flexibility of access to personalisation and this can be seen in their exploration of the work of (Duffy, 2010) which reflects on ‘personalisation can be construed as a broad philosophy of citizenship and social justice.’

The research paper considers the impact of such devolved power in the experiences of people engaging with what are believed to be ‘more accessible’ networks. When evaluating such concepts as ‘devolved’ power, the graduated shift to user control and collective change is considered. The authors also ask whether this creates a hierarchial power structure which is less recognised and whether this truly embeds empowered access to support planning as envisaged by Duffy (2010).

Time and unconditional acceptance in communication and relationships were seen as key to positive experiences.

The study found that people who accessed ULO services were ‘almost universally satisfied with many aspects of their experience and the support plan itself’. Williams and colleagues reflected on the positivity of people who access such support being viewed as equals and the consideration of their ‘further aspirations’ rather than just their support needs. The importance of time and unconditional acceptance within communication and relationships were seen as key and central to positive experiences of support plannning.

The research also found a practical need for information on employment legislation for personal assistants and the knowledge of the allocated budget. The ULO role in support planning was found to be variable depending on their length of establishment and role at a geographical level and also on how service users identify themselves. It is perhaps flippant to consider a singular ‘commonality’ between service users, especially when study itself considers the low representation of certain experiences, such as mental health service use, among the research participants.

The authors discuss positive experiences being correlated with good information on personal budgets, but also in how the individual may have had experience in co-producing such work within a given area. This could be further explored in terms of the impact of resources and tools regarding educating people on their rights to such processes of accessing support.

Ideas of ‘commonality’ expressed in accessing ULOs for support planning are challenged by the lack of participation from people who considered themselves mental health service users. This clearly shows, that the cascade of power and resources to ULOs, while having benefits in terms of values, provides a mask to the wider inequalities of access and participation. There’s a challenge for homogeneous groupings of collective experiences when providing resources which are ‘personalised’.

The research did not represent the experience of accessing support planning by people from black and minority ethnic backgrounds which the researchers communicated as an area for further understanding.

The research considered the role of informal networks, in terms of informal carers and families in the negotiations around support planning and how this took place inside and outwith formal legislative powers relating to issues of capacity.

The methodology of the research used a piloted topic guide which anchored the exploration of the role of support planning through interviews, but through the ‘lens’ of the goals of the individual and their life course. This topic guide was also available in accessible formats to facilitate participation within the research. A good model should be flexible and allow people to plan at their own pace.

Conclusions and summing up

The study sets itself within the context of personalisation, its implications and also the neo-liberal construct of people accessing support as homogenous ‘users’. It could be critiqued that personalisation does not consider the challenge of viewing people as a homogeneous grouping of collective experiences when providing resources which are indeed intended to be ‘personalised’. The paper reflects on the challenges where there are a range of support needs for different people who are planning their support:

Whether social services or voluntary-sector [ULO] staff are facilitating support plans, we conclude that some people need more help initially with support planning than others, and that a good model should differentiate and be flexible, to allow people to move towards independent planning at their own pace.

The paper discusses the complexities of resource holders offering impartial information and guidance relating to support and considers this through experiences of access. In the reflection of person-centredness, the paper could be further critiqued in how such person-centredness is truly attained by generalised notions of ‘peer’ and professional support.

There is positive discussion of the access needs to such information and support signposting in terms of differing societal groups, but this could have been further critiqued in its creation of a further stratification, which is still removed from individualised application of ‘person-centredness’.

we need to explore not just ‘what makes effective support planning’, but what works best for whom.

For ULOs, the idea of ‘person-centredness’ needs to account for the wider inequalities in accessing personalisation. This can be seen in how ULOs sometimes require a ‘commonality’ between people accessing support, which does not always reflect the different inequalities and attitudes faced within society and the life course.