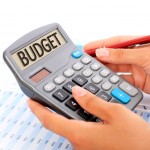 Personalisation is arguably the biggest social care policy agenda in over a decade and debates continue about its implications. The implementation of personal budgets, intended to give service users more choice and control over their care and support, has become the subject of some of the most intense debate.

The main paper discussed here is by Slasberg, Beresford and Schofield and focuses on evidence that suggests the self directed support process may not be delivering personal budgets as intended. It follows up an 2012 article by Slasberg et al (2012) also published in Research Policy and Planning. Both articles received a lot of publicity, being featured in Community Care and the Guardian. The authors provide a critique of the ‘self-directed support’ element of personal budgets in social care, which relies on a ‘resource allocation system’ before support planning takes place. There are several strands to the argument. First is the accuracy and value of resource allocation system, which connects with a discussion of productivity and bureaucracy. The level of control against take up of self-directed support and overall outcomes are also addressed. The final value of personal budgets differed from the original allocated indicative budgets.

Slasberg et al (2013) cite reductions in various practice activity since the introduction of self-directed support (comparing 2007/8 with 2011/12), with a roughly maintained workforce.

However, the data showing reductions in productivity relates to ‘units of work’ per worker, but there is no explanation of how the ‘unit of work’ is calculated from the other factors mentioned. While some reduction in activity is clear from the data presented, the precision of the estimate of amount and cost is not entirely warranted.

Findings from the Community Care Survey are referenced, showing that staff think that personalisation and self-directed support in particular are more bureaucratic, and that councils have not acted to reduce this. Slasberg et al (2013/14) argue that allocating resources, prior to support planning is inevitably going to be complex and bureaucratic, rather than council policies. This is something of an assumption, rather than strongly evidenced.

However there was no relationship between percentages of people who feel they have control over their lives and the percentage take up of self-directed support. While accepting that there may be other reasons for this lack of relationship, they dismiss them as real possibilities. More sophisticated analysis may reveal factors relating to this outcome that are not considered in this article, although the main point appears sound. Allocating resources before support planning is complex and bureaucratic.

The 2013 POET survey claims improvements in outcomes arising from the increase in personal budgets. Slasberg et al (2013) critique the sample: 89% in were in receipt of Direct Payments rather than council managed budgets, whereas in England 11% receive direct payments.

Consequently, the argument is that the reported improvements are the well- known advantages of Direct Payments rather than personal budgets. This appears to be a valid criticism of the interpretation of the survey, although the positive case is more of an assumption than a finding.

The authors conclude that the continuation of self-directed support is damaging. They argue it is wasteful of resources. They call for a change in direction, which requires increases in funding, as well as greater focus on more person-centred care, although the recommendations are not worked out in any detail.

Clifford et al (2013) responding to Slasberg et al (2013) argue that this finding relates to a simplistic ‘pounds per point’ system, ignoring an important alternative approach, based on sophisticated modelling of the relationship between needs and cost.

They have a powerful claim that this approach is more accurate, although, as Slasberg et al (2013) note, the research cited may not be replicated in practice. Further research is needed in order to establish a definitive answer.

They also argue that accurate indication of budgets is valuable for support planning and maintaining overall control over spending. In answer, Slasberg et al (2013/14) propose separating assessment and support planning from resource allocation, given legal requirements to provide services to meet needs and the uniqueness of individual circumstances. The authors call for a change of direction and a greater focus on person-centred support.

As a critique, the article is well referenced and uses data in an interesting way. There are limitations. For example, the approach to analysis is fundamentally bivariate rather than multivariate, and it is possible that this has missed important aspects contributing to outcomes in various ways. This is a large topic, and given small space in the article, although an interesting point to note, further, more sophisticated analysis is needed in order to support their claims.

However the article has raised some important questions about self-directed support and personal budgets, which warrant further investigation.