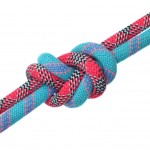 Local Strategic Partnerships (LSPs) are multi-agency partnerships that are between non-statutory public, private and voluntary and community organisations. There were introduced for each local authority area in 2000 under the New Labour Government as a result of the Local Government Act (2000).

At this time, I was working for a local authority and was aware of the establishment of the LSP, and the negotiations between organisations for places on the LSP. LSPs continue to be part of the local authority landscape in England, and alongside local authority area LSPs, there are additional district LSPs.

LSPs are governed by a board and an executive group, and make locally based decisions on key areas including housing, health, crime and education. Their key aims are to avoid duplication of initiatives and ensure that resources are used effectively and meet the needs of communities.

Local Area Agreements (LAAs) were a New Labour initiative abolished by the previous coalition government in 2010. They were ‘policy instruments’ that were used to measure and define local authority targets on a number of issues, including social cohesion. 86 LSPs had LAAs, and these performance targets were supposed to incentivise multi-agency working.

This paper focuses on the impact of LAAs on the role and work of LSPs to promote social cohesion within a framework of ‘the application of a negotiated performance management regime to a cross-cutting policy issue of high political salience’ (Andrews et al., 2014: 478).

Social or community cohesion (the terms have been used interchangeably in literature and policy) has been widely considered by academics in the UK and globally. Worley’s (2005) article provides a useful overview of social and community cohesion, and considers the gendered implications of the policy.

The article draws on Lowndes and Thorp’s (2011) three models of social cohesion across the UK: communitarian, republican and neo-liberal, and indeed this cited article provides further reading on community cohesion. 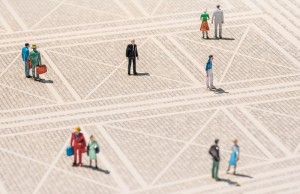 Local Area Agreements (LAAs) were policy instruments that were used to measure and define local authority targets on a number of issues, including social cohesion.

The research used a mixed-methods approach, drawing on both quantitative and qualitative findings.

The quantitative data was generated from the General User Survey (2006) and the Place Survey (2008) and these questioned people about their quality of life, including perceptions of social cohesion.

The key question about social cohesion was about whether people thought that citizens from diverse backgrounds got on well within a place-based area. A number of control variables were applied by the researchers:

The qualitative research was based on sample case studies of LSPs that had the hardest and easiest social cohesion targets.

The findings are mainly focused on the quantitative date and the authors provide a table of LAAs and rate of improvement of social cohesion.

The data evidences that the introduction of a social cohesion target in the LAA is linked to improvements in people’s perceptions of cohesion. This is particularly notable where there was greater ‘stretch’ in the target agreed by the LSP and central government. 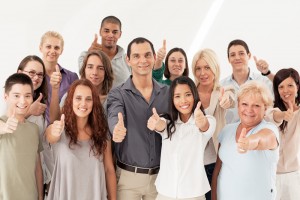 The introduction of a social cohesion target in the LAA is linked to improvements in people’s perceptions of cohesion.

Overall, the authors conclude that

Our research indicates that negotiated performance contracts may be an important policy tool for national and local policymakers seeing to improve outcomes for local communities.

As the authors’ state, there is limited empirical evidence that considers the impact of target setting in public sector organisations. This paper contributes to this area of work, and provides a useful consideration of the role of performance contracts within local authorities for policy making.

The authors consider some of the limitations including the lack of opportunities for extending the data due to the abolishment of LAAs and the Place Survey.

There is limited information about the qualitative part of the research, including how the case study information was obtained and how the findings were analysed.

The Big Society political ideology was absent from the recent UK election discourse. However, the authors note that local decision-making is part of the Big Society narrative, and there were some overlaps and gaps between New Labour’s LAAs and the rhetoric of the big society in terms of localism. Jordan (2012) provides a useful discussion on the Big Society, New Labour’s policies and the social work profession. 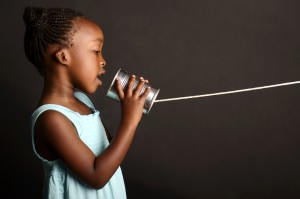 The paper provides a useful overview of the former policy context of LAAs and LSPs, alongside a consideration of social cohesion.

Further, the authors provide some valuable discussion about the value of community development activities and marketing communications (including addressing urban myths). Additional reading on the case studies highlighted (including Barking and Dagenham and Peterborough) will inform future practice on social cohesion.