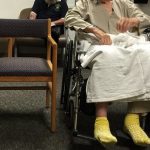 There is a rich literature about the experiences of people who have had a stroke; many of whom survive although the consequences may have been severe. However the literature is mainly health care focused and social care and social work practice is often not considered explicitly.

There are some exceptions of course. A previous Social Care Elf blog reported the findings of a large Randomised Controlled Trial in care homes that found that occupational therapy input to residents did not make a great deal of difference, concluding that this might have been too little and too late for the severity of impairment experienced by residents.

Research on social care practice in the community with stroke survivors is limited in the UK. Again there are some exceptions, Nan Greenwood and her colleagues (2016) have reported on the access difficulties experienced by family carers from minority ethnic groups to social care services when supporting a relative who had survived a stroke. But the social work contribution to this is not explicit. As with much social work practice with adults in the UK, the disease or long-term condition is not the guiding organisational imperative – partly because many adults with needs for support and services don’t just have one impairment or long-term condition. In healthcare this gets termed multi-morbidity.

This makes this article about social work practice with people who have had a stroke interesting in a number of ways. First, the social workers were located in a hospital setting (in Berlin), not on the wards but in a separate location. Second, they offered their services to stroke survivors but also family carers. And third, they were explicitly offering specialist ‘non-medical’ information and advice. 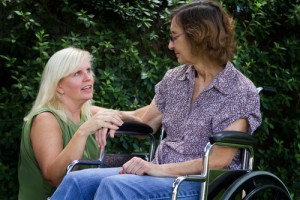 The study looked at the experiences and needs of family carers as well as stroke survivors.

The research team collected data from the specialist Stroke Service Point (a specialist drop in centre staffed by social workers) that was based at a hospital site in Berlin. The social workers did not make home visits so all enquiries were made in person, by phone or a small number by email. The drop-in centre is not the only social worker location for patients – others are employed on the wards and in the rehabilitation facilities.

The social workers based at the drop-in service collected information about the type of enquiries they received, their source and subsequent actions. Anyone who had made an enquiry (stroke survivors, family carers and other professionals/friends) in the period 2010-2012 was invited to participate in the study when they visited, telephoned, or wrote in. The social workers asked them for information about the social work related enquiries they received in terms of who made the enquiry in terms of who they were, their location, age, sex and the length of time since the stroke happened and classified this information by method of contact (in person, by phone, via website/email).

Of the 1228 people who made contact in the two year period of the study, 257 agreed to take part in the study.

Over the two year study period, the drop in service received 1228 contacts. Most enquiries were made by family carers (relatives), followed by stroke survivors and then a very small number of health professionals or friends.

Most of the enquiries were in relation to older people who had survived a stroke. They were pretty evenly split between queries made in respect of someone whose stroke had occurred six months previously or more recently. Enquiries came from all parts of the city.

Just over half the contacts were face to face – most were one offs. The average length of contact with the social worker was 49 minutes. While some people raised a number of queries about different topics – on average, most asked one to three subjects. While information and advice were most commonly sought, it seems worth mentioning that this involved explanations and discussion. Social workers also reported that they put people in touch with other agencies; a small proportion involved helping with applications for benefits or appeals against decisions. There were many instances of questions about how to get in touch with therapeutic and preventative services.

One important analysis was conducted about the stage that people made enquiries. This revealed that many family members made enquiries while their relative was still in hospital, anticipating that they would need to find out what would  need to be put in place for when the person came home. They asked about home care and home adaptations, but also about social benefits. For people who got in touch when their relative was back at home, they were mainly making enquiries about self-help groups and secondary prevention. Overall most contacts wanted information, or an explanation of information that they had been given by someone else. 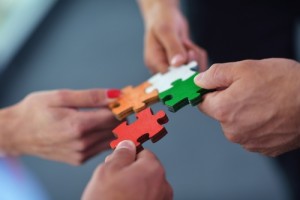 The study underlined the importance of social workers in helping people make sense of their needs and how they might be met.

As the authors note, some of the findings of this study echo other studies, particularly those from the UK. So it seems that it is not just in the UK that systems seem complicated and that a social worker can be effective in making sense of it all, getting in touch with the right people or advocating on someone’s behalf. While information on therapeutic options might be less commonly provided by UK social workers, a need for them to explain financial and legal matters is evidently shared.  This is a useful study in finding out what social workers do and in developing a classification of their work in a particular specialism. The authors report that they found it particularly interesting that there was a difference in what information was sought while stroke survivors were in hospital and that sought after discharge. This suggests that there may be scope to engage with the other hospital based social workers to see if they were surprised at this and could think of any ways of providing better or clearer explanations to family carers in particular.

Strengths and limits of this study

As the authors acknowledge, any such survey is unlikely to get a huge response rate, and the response rate they achieved is respectable. They also acknowledge that they were studying one service, in one urban setting. But the strength of the study is its careful collection of the data and its analysis; as well as the efforts made to think about what the findings suggest for the hospital service overall. Follow up studies could help explore how people without family manage and if something is needed to promote an effective stroke support service for them.

Stroke support and services are often overlooked in the UK as a prominent part of social work practice. This model of a specialist service suggests the value of thinking about advice and information as being much needed, but that they often need to be accompanied by explanation and assistance.