Home » Posts » Social care » evidence based social care » What is the evidence for evidence-based practice in social work? 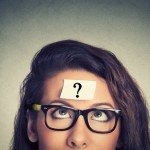 ‘Elfidence-based practice’ is a big deal in the forest, as the elves know that to keep things running efficiently and effectively in the camp, they need to know what works. Of course there are challenges to doing this – but they also know that the payoffs can be great, and equally, mistakes can be costly (no one wants to build their treehouse out of an inferior wood, or add the wrong type of mushroom to the cooking pot!).

This blog explores the findings of a study that looked at what helped or hindered Australian social workers to use the human equivalent – evidence-based practice (EBP). The paper reports on one element (an aspect of a national survey) of a broader, mixed methods study. 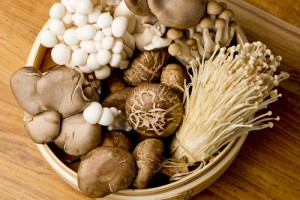 Evidence-based practice helps you know which type of mushroom to add to the cooking pot; or which social work intervention might work well with your client

EBP is a somewhat confusing term. The authors point out that in medicine, it has a specific meaning (using particular interventions that are supported by empirical evidence). In this study though, EBP is taken to mean a ‘clinical decision making process’, and using this definition was a main criterion for including studies in the literature review.

Like elves, social workers are constantly searching for ‘what works’. In order to do this, they give equal weight to practice wisdom and experiential knowledge as to research evidence, and often favour pragmatic decision making. As a result, researchers need to translate their work into resources that are practical and useable – social workers need to think that research data is useful, otherwise it won’t be considered.

Organisational culture plays a big role too, with the authors suggesting that EBP implementation is enhanced where:

At the minimum, then, Carillo (2008) suggests that organisations must create a supportive context to help practitioners use EBP, and others have highlighted the need for a whole systems approach to evidence use. 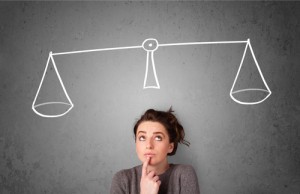 The literature review identified recent research (published from 2000 onwards) from a range of databases, using terms such as social work, implementation, evidence-based practice. Key journals were also hand searched. 11 studies were identified from 12 papers, highlighting the paucity of research in this area.

For the primary research reported here, the views of social workers were gathered using an online survey. The questions related to attitudes, practices and skills in relation to EBP. The questionnaire expanded on a previous survey, and asked what type of EBP implementation process best suited respondents and their practice style.

Email invitations were delivered to the inboxes of 6617 social workers by the Australian Association of Social Workers, a professional body. 428 social workers responded, giving a response rate of 6.5%; however a number of these were incomplete, bringing the total number of useable responses down to 364.

Common barriers to using evidence-based practice in social care were identified from the literature review, and are summarised and categorised below. The number of studies identifying each barriers is shown in brackets.

Skills and knowledge needs of practitioners (9)

Research environment (available research is not relevant to practice) (5)

Attitudes of practitioners (i.e. negative or indifferent to EBP) (5)

Nature of supervision (i.e. does not support EBP) (2)

Moving on to the survey, analysis showed that respondents were generally older (mean age 48), predominantly female (81%) with an average of 19 years’ experience in social work practice. Half worked in front line practice, and the other half in management, consultant or service development roles. 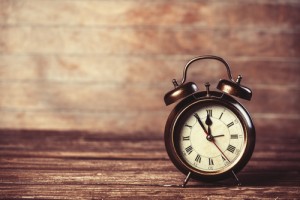 Time to look at evidence, and the knowledge and skills to know where and how to look for it, were the biggest barriers to EBP in Australia

While most respondents were supportive of the idea of EBP (85% agreed that ‘implementing evidence-based practice improves client care’), open text questions from 33 respondents revealed some reservations about using it. Some thought that it focused too much on research and didn’t take account of practice experience or that there was a need for more ‘practice based evidence’.

Social workers were asked about three approaches to implementing EBP:

Social workers were fairly evenly split between methods in terms of which were most familiar, which they used now, and which they intended to use in the future. However, when asked which methods are best for social work, 41% thought identifying and appraising evidence themselves was most appropriate, and 42% thought using evidence-based guidelines would work best.

Only 14% thought applying summaries that gave a clinical ‘bottom line’ were the best approach for social work. The study did not find any characteristics of social workers that related to their preferences.

The main barriers to using evidence-based practice, and the percentage of respondents identifying each one are shown below. The authors frame the survey findings in the light of the findings of the broader study (Gray et al 2013b), and suggest ways to improve the use of EBP under each heading.

Organisations need to invest in protected time for staff to find, appraise and use evidence if they want them to practice in evidence-based ways. Library facilities and IT access and support were also highlighted as necessary.

Skills and knowledge needs of practitioners

Social workers can lack clarity about what evidence to look for and include, how to appraise it, and how to use it in their practice. Findings from the research indicates a need for further professional development in this area.

Lack of management support (8%) The research highlighted the need for an organisational, systems wide approach to supporting evidence-based practice including management support, supervision, procedures and structures, guidance and protocols

The survey found very positive attitudes towards EBP (which may or may not be representative of the general population), though some respondents felt that social work was at odds with the idea of using evidence. Work is needed to persuade practitioners of the value of EBP. 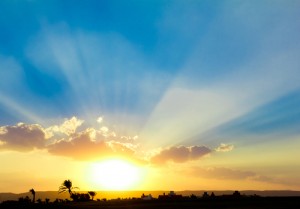 The relatively low response rate is a limitation of this study, as is the high proportion of respondents who were older, more experienced and possibly more likely to be interested or involved in EBP implementation. Also, because it was conducted in Australia, the results may not be generalizable to the UK.

While many of the barriers and enablers of evidence-based practice are familiar in the UK context, what is not mentioned in this paper is any requirement on Australian social workers to maintain their CPD and use evidence, both of which are present in England’s Professional Capabilities Framework, the HCPC Standards of Proficiency and the Knowledge and Skills Statements for Social Workers in Adult Services. These frameworks make it clear that in England, using evidence is not just compatible with social work, but it is necessary to it; counter to the perceptions of some Australian colleagues.

As someone working in the field of evidence-informed practice (at RiPfA – see below), I know about the challenges to using evidence – which are becoming all the more severe in the UK as the impact of the economic situation hits social care.

At times like this I think it is even more important to look to the evidence, to find out the most effective and efficient ways to provide good experiences and outcomes to people who receive services – because it is imperative that we do not waste resource on strategies that do not work.

Research organisations and intermediaries need to deliver support that is accessible to busy, stretched social care practitioners and managers, but as this paper shows, organisations also need to prioritise evidence-based (or evidence-informed) practice. The strategies noted in this paper are a good place to start.

Numerous organisations work to embed evidence into social care practice in the UK, the Social Care Elf and the National Elf Service being one example! Below are some other sources to draw from.