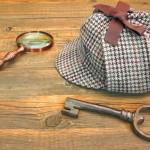 A little while ago, fellow elf Mike Clark wrote a blog on an Australian study on how policy makers use research evidence. This time we’re looking at a Swedish study on how social work practitioners, managers and policy makers understand evidence-based practice. The concept of evidence-based practice in social work has long been debated, with various academics arguing its relative merits for making complex decisions and exploring what could be included as ‘evidence’ for social work and social care (Forrester, 2010; Glasby & Beresford, 2006; Pawson et al, 2003; Webb, 2001).

However, despite the definitional and conceptual work groundwork that has been done for evidence-based in social work, not much research has covered how practitioners understand it or use it in practice. This Swedish study by Avby et al (2014) offers some useful insights into the levels and types of understanding that social work practitioners, managers and policy makers have, particularly for a UK context where there is a renewed expectation that social workers use evidence in their work, as outlined in a recent blog here. The authors state that their study aimed to 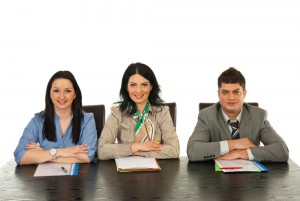 Political, managerial and frontline social work staff groups were asked about their understandings of EBP.

The participants from the study came from political, managerial and frontline staff groups in three Swedish municipality social work offices, one of which counted as a ‘metropolitan’ area. The offices were chosen as they were engaged in research on families and social deprivation.

Fourteen semi-structured interviews were undertaken with 6 people in managerial positions, 3 people in frontline social work and 5 people in political (policy) positions. The sample was comprised of six women and eight men between 31 and 61 years of age.

No explicit defintion of EBP was given during the interviews and the authors say that they took a ‘phenomenographic’ approach to interview and analysis, which they explain ‘is to reflect…understandings and not judge a statement as something right or wrong’.

At the ‘critical’ (or most developed) level, knowledge was appraised and contextualised, with practitioners being able discuss the complexity of EBP for social work.  The ‘multifaceted’ understanding was close to what is termed ‘evidence-informed practice’. At the ‘instrumental’ level, accredited tools, manuals and processes were cited, with the belief that ‘there is an optimal behaviour that can be achieved through a systematically organised environment’. The authors argue that this ‘rational’ approach is dominant in the Swedish social work system.

Despite the multifaceted understandings of EBP in social work among the study participants, they all ‘perceived a strong link between EBP and quality’, and in the ‘critical’ understanding

quality was expressed as an awareness of scrutinising work and justifying work to the benefit of clients.

Alongside evidence, emotion and interpretation were also seen as important influences for social work practice. 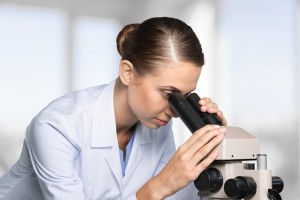 Links were made between EBP and quality, with an emphasis on scrutinising practice.

Overall, the authors conclude that

Our findings suggest adherence to EBP has not yet been realised in social work…[and] point to the importance of acknowledging different ways in which EBP is understood to compose a supportive atmosphere for EBP to thrive and to realise a social work practice that utilises various knowledge sources, both research-based knowledge and practice-based knowledge, to the benefit of clients.

The researchers produce a detailed and nuanced analysis and interpretation of the interview findings, using an intensive approach. The result is a helpful categorisation of types and quality of understandings of EBP across different professional groups within the social work policy and practice strata.

One of the main limitations, as the authors themselves note, is the small sample size. In addition there is the issue of uneven spread of respondent numbers across the policy maker, manager and frontline staff groups involved. Only three interviews were conducted with frontline staff, while six and five were conducted with managers and policy makers respectively. The paper did not indicate if there was any relationship between type and quality of undertanding of EBP and professional role group. A good understanding of the application of EBP is arguably most important for frontline staff, but it was hard to discern the results for this respondent group from the reporting. The reader is left wondering who had the ‘critcal understanding’ of EBP.

Although this study was conducted in Sweden (which is arguably slightly behind the UK in its implementation of EBP in social work) with a very small sample of people, it nonetheless provides an important framework for mapping understandings of EBP and indentifies the elements of what appears to be the most complete understanding – ‘critical’. Given the renewed drive to embed knowledge-based practice in social work, it would be interesting to use the framework to investigate current understandings of EBP in the UK. 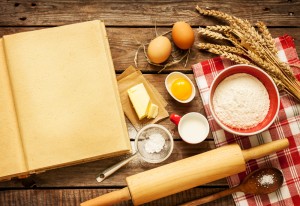 Social work practice should use various knowledge sources, both research-based and practice-based, to the benefit of service users.

Webb, S. (2001) Some considerations on the validity of evidence-based practice in social work British Journal of Social Work 31 (1) pp.57-79. [Abstract]