Home » Posts » Social care » equality and diversity » “Queer in the head”? Do LGB people in the UK have poorer mental health? #LGBTHM17 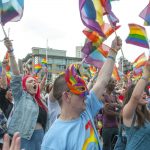 Last week I was talking to a researcher for the People’s History of LGBT+ Life in Britain. She asked me for my views on the changes I’d seen since I was a teenager. I said that there’d been momentous legal changes for lesbian, gay and bisexual (LGB) people’s equality and rights, mentioning that when I was at university in the very early Nineties most of my gay male friends who were under 21 were breaking the law by having sex. Unsurprisingly, she seemed quite shocked.

I also had to admit that, although I can now legally marry another woman, I don’t feel safe to hold her hand when walking in my local neighbourhood. The researcher said I wasn’t the first person to have said this to her. It’s a strange situation to be in, but one that demonstrates the additional social and psychological stress that many LGB people face in everyday life, which can have longer-term effects on mental health and wellbeing.

So how poor is the mental health of LGB people in the UK? It’s a topic that’s been covered by others such as Chakraborty and colleagues in 2011 and I explored research on the mental and physical health related quality of life of older LGB people in a Mental Elf blog a few years ago.

Although still a prevalence study, this research offers a slightly different take and is the first to pool sexual orientation data from 12 recent UK population health surveys. The researchers aimed to

evaluate whether the association between sexual orientation identity and mental health (common disorder and low wellbeing) was different in different subgroups of the non-heterosexual identified adult population in the United Kingdom, using newly available pooled data from 12 population health surveys. 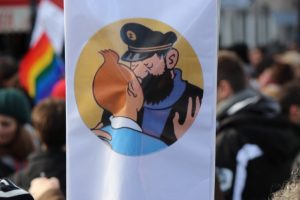 The researchers used the following UK surveys, which were identified through a UK Data Service search as including terms that relate to sexual orientation:

Participants in these surveys were recruited through random sampling strategies.

Threshold for meeting the symptoms of common mental disorder was defined as scoring four or more on the General Health Questionnaire-12 or as moderately/severely depressed on the EQ-5D subscale. Low wellbeing score was defined by falling below the lowest sex-specific quartile of scores on the Warwick-Edinburgh Mental Wellbeing Scale.

Covariates included sex (male or female); ethnic group (White vs. ethnic minority); educational attainment (none to university degree); smoking status (current vs. ever smoker); longstanding illness/disability (yes or no); married or cohabiting (yes or no).

The researchers used various forms of statistical analysis to measure the association between sexual orientation identity and mental health and wellbeing, across the covariates. 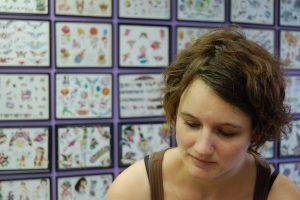 The study authors concluded that:

In the UK, LGB adults have higher prevalence of poor mental health and low wellbeing when compared to heterosexuals, particularly younger and older LGB adults. Sexual orientation identity should be measured routinely in all health studies and in administrative data in the UK in order to influence national and local policy development and service delivery. These results reiterate the need for local government, NHS providers and public health policy makers to consider how to address inequalities in mental health among these minority groups.

This study makes a significant contribution to the quantitative and epidemiological research evidence base on LGB mental health, and has enhanced the knowledge by adding findings specifically about bisexual people, gender and age group. By pooling recent data from 12 sources, the study gives a more or less up to date picture of the state of LGB mental health and wellbeing in the UK.

The researchers themselves are clear about the limitations of the study, remarking on the difficulties of categorising something as complex and varied as sexual identity and behaviour for a survey.

They suggest that further work could be done on covariates such as disability, urban or rural setting and region. Also of note is the potential sensitivity of the question on sexual orientation and how the survey was administered. The researchers also felt that the EQ-5D was a limited measure of mental disorder, which conflates anxiety and depression.

This study uses a very recent and sizeable combined dataset to demonstrate, once again, that non-heterosexual adults are at risk of poorer mental health and wellbeing than their heterosexual counterparts. Surely the question now is ‘why’? The researchers refer to Meyer’s minority stress theory (Meyer, 2003) as an explanation

internal and external manifestations of prejudice, victimisation, and discrimination create observed health differences because these experiences are internalised. Chronic stress brought about by internalising stigma may therefore lead people who identify as non-heterosexual to experience poorer mental health and wellbeing.

So now comes the familiar cry ‘more research is needed!’ The LGBT Mental Health Research Group at the Institute of Psychiatry, Psychology and Neuroscience at King’s College London is currently trying to find out more about what promotes psychological wellbeing in LGBT students, which is a promising start.

Despite its limitations as a prevalence study, this research and its conclusions suggest that effective mental health care and support for LGB people should be informed by a biopsychosocial model, social and trauma-based understandings of mental health and distress. The research also emphasises the continued need for specialist services for LGB people, just at a time when they are being decimated through funding cuts (Taylor-King, Carr & Edwards-White, 2016).

Today is the first day of LGBT History Month 2017, the theme of which is Personal Health Social Economic education (PHSE), Citizenship and Law. This study recommends that local government, NHS and public health heed the evidence and address the quietly ongoing mental health crisis in LGB communities. However, the personal health and social education of children and young people, the active citizenship of LGB people and the application of law to protect and promote equality can help prevent the chronic social and psychological stress that appears to put LGB people at risk of poorer mental health and compromises their wellbeing. 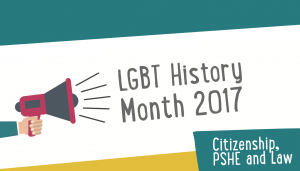 Get involved in the LGBT History Month conversations on Twitter at #LGBTHM17.