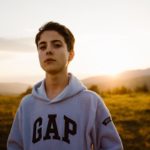 In light of the continued and increasing attack by the American administration on trans Americans, I am grateful for the opportunity to write about trans-affirmative American research on the International Transgender Day of Visibility (31 March 2018).

When colleagues and friends discover that I have an interest in transgender health, the questions that follow are often similar. Not uncommon among them are queries of when a young person’s trans identity is seen as valid and when they can begin transition. These queries and many others surrounding child and adolescent gender are sensitively discussed in Jack Turban and Diane Ehrensaft’s recent Journal of Child Psychology and Psychiatry research review: Gender identity in youth: treatment paradigms and controversies (Turban and Ehrensaft, 2017). 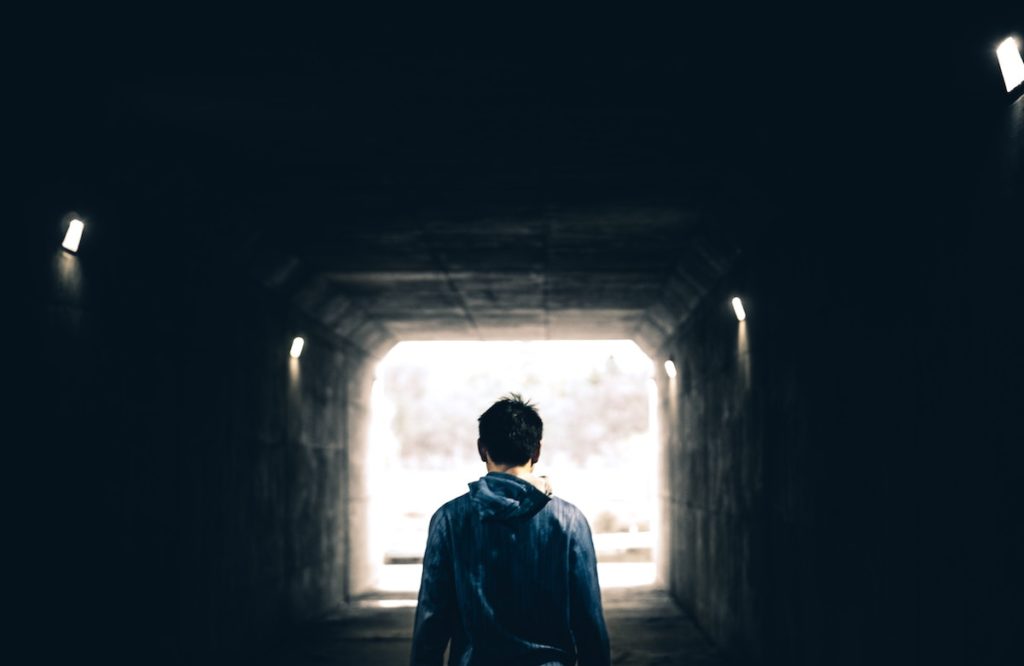 At what point is a young person’s trans identity seen as valid?

The authors refer to the paper as a ‘critical review of the extant literature, both theoretical and empirical’. Unfortunately, it is not possible to comment any further on the methodology as there is no description of the search terms, databases or inclusion criteria for papers examined by the authors. 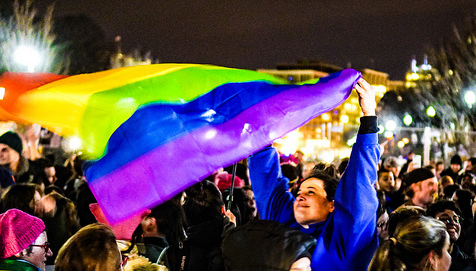 The complex intersectionality of race, religion and gender must be considered on an individual basis.

affirmative care, in which a youth is supported in living in the gender that feels most authentic, results in good mental health outcomes… Accompanying psychological issues, notably internalising psychopathology, are largely driven by stigma and lack of affirmation… they are socially induced by a nonaccepting environment.

This article is very comprehensive in so far that it considers many aspects of the discussion on gender identity in youth, from a number of perspectives. Conversely, the search terms and databases used as well as inclusion criteria for any papers to be discussed are not disclosed and so it is not possible to determine how robust this methodology has been. This seemed particularly problematic when quoting prevalence rates throughout the paper, where one investigator’s estimate may differ greatly from that of another.

In a recent Mental Elf article, I have referred to the search for an ‘aetiology’ for trans identities as a ‘fundamental flaw’ of research of this kind (Connolly, 2018). I stand by that argument again and feel that exploration of determinants of non-cis genders contributes to unnecessary pathologisation of a characteristic fundamental to a person’s sense of self. In this article, I believe the presentation of social theories only to then refute them on the basis of causality is a waste of both author and reader time. I am particularly concerned by the inclusion of this section when the authors have gone to such labour to stress the point that anything but affirmation and support can create internal conflict and lead to poorer mental health outcomes for young people.

The sensitive use of language throughout the review is a marked improvement upon other research in the area. Indeed, the authors reflect on the constant evolution of language within the field and the need to be aware of that when interacting with vulnerable young people. Furthermore, the authors include a table of terminology as a reference guide, which I recommend as a starting point for those working with trans and gender diverse youth. 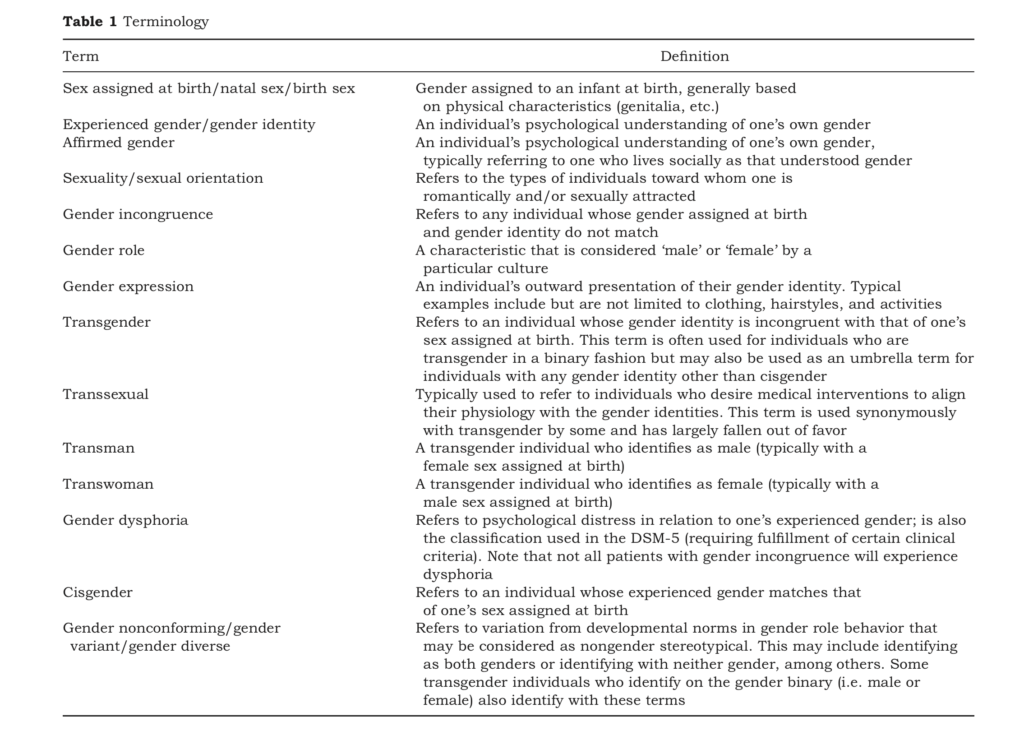 The review finds that pubertal blockade, cross sex hormone treatment and gender affirming surgery result in “improved mental health and ultimate global functioning and life satisfaction on par with the general population” (deVries et al., 2014). This, combined with the aforementioned finding that internalising psychopathologies accumulate with time resulting in greater rates of suicidality, provides a strong basis for encouraging clinicians to refer early to gender services, as outcomes are clearly time sensitive.

It is also important that clinicians explore race, religion and additional cultural factors that can intersect to either complicate or facilitate a young person’s transition. An understanding of these factors will allow reasonable goals to be set as well as guide the involvement of other services. 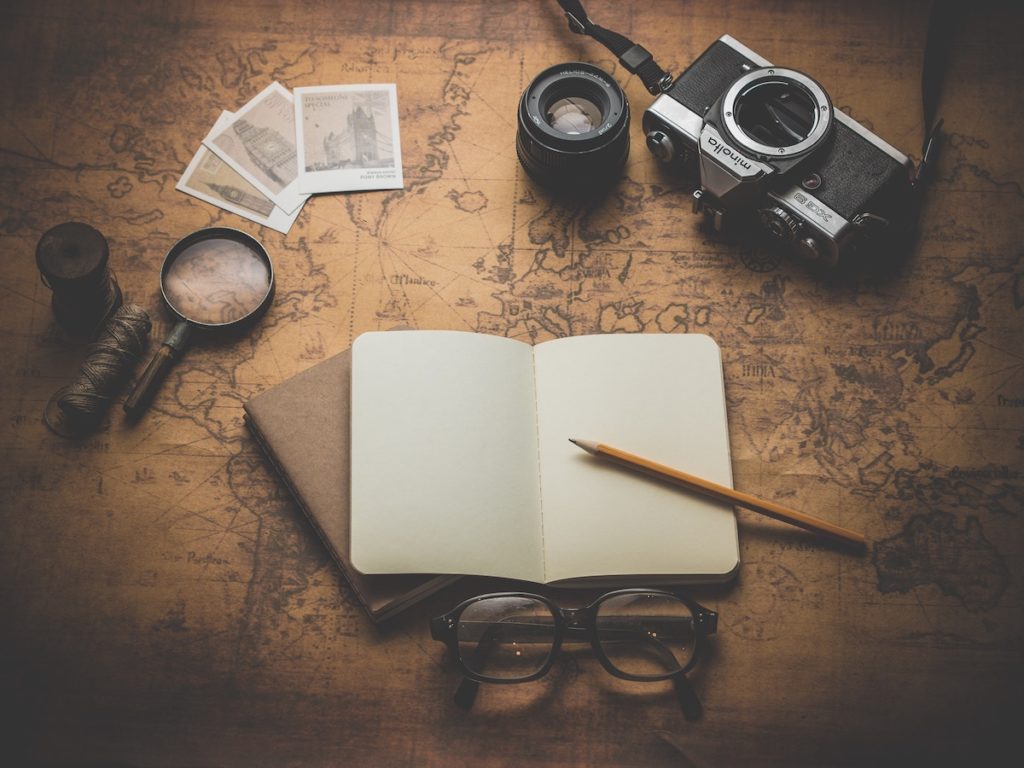 It’s important that clinicians explore race, religion and additional cultural factors that can intersect to either complicate or facilitate a young person’s transition.