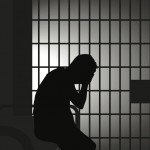 On 14th May 2010, when Kenneth Clarke returned to the Ministry of Justice, the prison population in England and Wales was 85,009. When he had previously been Home Secretary in 1992-93, the average prison population had been 44,628 (Prison Briefing 2010). This represents a 90% increase in a period when crime rates were generally falling. The prison system has been consistently overcrowded in this period despite a large expansion programme including the establishment of private prisons. Clarke, himself was shocked by this increase and made some initial attempts to reverse this trend.  However, his was an isolated voice.

The prison population has continued to rise until relatively recently.  It still stands at historically high levels.  This is an important context for the discussion of this research paper. The paper is an analysis of the literature that examines the effectiveness of a range of screening tools used in prison settings.

The mental health needs of those who come into contact with the Criminal Justice System (CJS) have long been neglected. The recently signed Mental Health Crisis Concordat highlighted the increasing role that the police have been forced to take in the provision of mental health care to individuals experiencing extreme mental distress. The well-documented failings of community care have led to the CJS becoming a default provider of mental health care. As with this review, the focus of the research in this field has been on the prison. Other areas, particularly police custody are, in comparison,  largely overlooked.

This paper is a very clearly written review of the effectiveness of a range of mental health screening tools that are used in prisons. The results include screening tools used in the UK, USA, Canada, New Zealand and Denmark. One of the most startling findings is that the authors found 22 different screening tools that had been used, although only 6 of these tools had published replication studies with independent samples. The main focus of the study is on the six screening tools where replications studies had been undertaken:

Prisoners shall have access to the health services available in the country without discrimination on the grounds of their legal situation.

The first is that the prison will never be a therapeutic environment.  In overcrowded prisons, where substance misuse is common, violence and bullying seemingly endemic, it is clear that staff will struggle to address the mental health needs of inmates.

In addition, risk factors for self-harm and suicide such as a history of drug misuse, poor social skills, unemployment and being a victim of childhood sexual abuse are much more common amongst men and women in prison. This makes screening more difficult but also vital if the most vulnerable are to have access to appropriate treatment.  There is a fundamental issue here of how the limited resources that are available can be targeted at the most needy.

As noted above, the study examined six screening tools.  There are no decisive conclusions to state, in terms of which is the most effective instrument:

The paper concludes whichever tool is used, the identity of the staff carrying out the screening is vitally important.  Female and non prison staff were the most effective in gaining a full picture of the mental health needs of prisoners.  This was particularly the case when female prisoners were being assessed.

The screening tools examined in this paper are generally effective – particularly if they are administered by civilian staff. Prisoners are, it seems, much more likely to be open in these circumstances. The need for such screening tools is not in doubt.  However, what we really need is fully resourced community based mental health services and an end to the era of mass imprisonment.