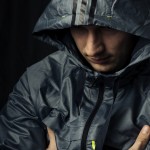 The sexual abuse of children is a worldwide problem that has lasting and sometimes lifelong impacts on the child, their family and the community.

There is a substantial amount of research that now demonstrates the long term impacts of child sexual abuse which includes:

We also are increasingly finding out more about how we can assist and treat children and their families who have experienced sexual abuse. But, what we don’t know a lot about is how to treat those who are the perpetrators of child sexual abuse. Historically, governments and healthcare systems have been more concerned with locking away perpetrators of child sex abuse, rather than treating and rehabilitating them

The general response from the community to child sexual offenders is punishment and incarceration. However, sexual offenders are usually referred to therapists and medical specialists for treatment and the primary aim for them is to identify and treat the disorders that are associated with the risk of someone sexually abusing children.

An open access systematic review that was recently published in the British Medical Journal looked at the evidence for medical and psychological interventions that aim to prevent sexual abusers of children from reoffending. The review included studies not only of those who were known abusers but also those at risk of abusing and included studies of adults, adolescents and children.

The reviewers undertook an extensive search for randomized controlled trials and prospective controlled observational studies of adult or adolescent perpetrators or potential perpetrators of child sexual abuse and studies of children with sexual behaviour problems. Interventions could be pharmacological, psychological or psychoeducational. The reviewers calculated effect sizes and estimated bias in considering which studies to include in the review. The review found that there was weak evidence that:

The authors reported that they found insufficient or no evidence that:

Based on the meager results from our extensive systematic review, we conclude that there is an urgent need for well designed and well executed trials of treatment for adults who commit sexual offences against children. The authors suggest that this is a vital area for further research on treatment, which needs to be considered if we are to reduce child sexual abuse. The authors also discuss that there are several issues that need to be considered when undertaking this research. Studies need to have large samples and long follow up periods in order to provide strong data on outcomes and rates of reoffending. The authors also recommend that future treatment models may be more useful if based on the risk, needs and responsivity (RNR) principles for effective treatment of offenders. These principles state that human service interventions are most likely to reduce reoffending when the dose and intensity of the treatments is consummate for the offenders risk for reoffence, when the treatment targets characteristics associated with risk of reoffence and when the treatment is delivered in a manner consistent with the offenders cultural background and learning style.

The researchers do acknowledge that undertaking research in this area can be difficult, which they partially attribute to the public view that sexual offenders should be punished, rather than treated. But, as in all areas that are highly sensitive, there are also the logistic, legal and ethical challenges that must continue to be faced by researchers.