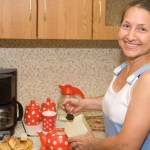 ‘Crisis intervention’ and ‘home-care packages’ are provided in the community to help people who are going through an acute phase of severe mental illness.

The Cochrane Schizophrenia Group have updated their review on this topic by conducting their usual robust and systematic search for randomised controlled trials of crisis intervention models versus standard care for people with severe mental illnesses. They found 3 new studies to include in the review, which was last updated in 2006 and previously summarised 5 trials.

The quality of the included studies was mixed, but the reviewers made it clear that further research is needed before we can confidently say that crisis intervention is significantly better than standard care.

Care based on crisis intervention principles, with or without an ongoing home care package, appears to be a viable and acceptable way of treating people with serious mental illnesses. If this approach is to be widely implemented it would seem that more evaluative studies are still needed.